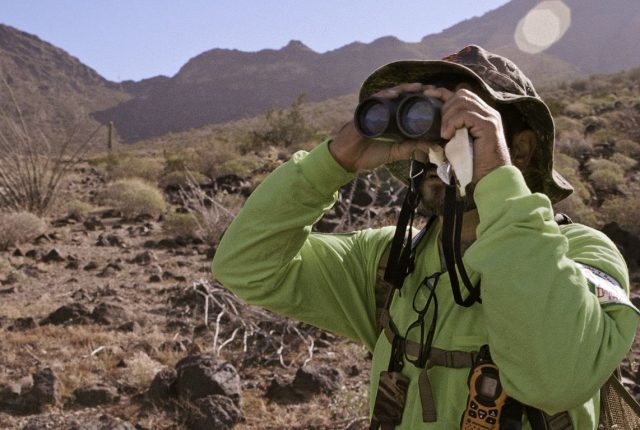 It’s a heartbreaking task: Once a month, members of the humanitarian group Águilas del Desierto (Desert Eagles) trek into Arizona’s vast and often deadly Sonoran Desert looking for the remains of undocumented migrants who sought better opportunities in United States but never made it.

The volunteers, most of them migrants themselves, come primarily from Southern California and since 2009 have been embarking on this solemn mission to give a measure of peace to families seeking closure about the fate of missing loved ones. The birth of the group came from personal loss: When local officials refused to help find the brother and cousin of Mexican American migrant Eli Ortiz, he and a group of volunteers took the task upon themselves. Four months after the two men went missing, their bones were found.

With research grants from the UCLA Council on Research and the UCLA Institute of American Culture, Kristy Guevara-Flanagan, a documentary filmmaker and professor at the UCLA School of Theater, Film and Television, and Maite Zubiaurre, a UCLA humanities professor, have put a spotlight on the group with their short film “Águilas.” Guevara-Flanagan recently spoke to us about the film and the work of the organization.