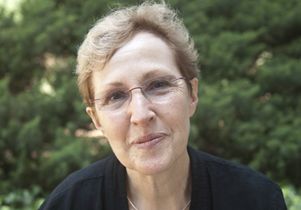 Olga Kagan dedicated the last two decades of her life to a community that is often overlooked in language instruction.

She helped pioneer heritage language learning designed specifically for children of immigrants who speak a language other than English at home but cannot read or write it very well.

Kagan, a professor and undergraduate advisor in the Slavic, East European and Eurasian languages and cultures department, died of leukemia on April 6. She was 71.

Susan Kresin, a lecturer in the same department, said Kagan wanted to cultivate what students already knew and use language to foster a connection with their heritage.

Kagan, who joined UCLA’s faculty in 1981, directed the International Institute’s Center for World Languages, the National Heritage Language Resource Center at UCLA and the UCLA Russian Flagship Program. She also co-authored 10 textbooks on Russian language and culture instruction, according to her profile on the UCLA International Institute website.

Kagan still registered to teach this quarter, despite taking a medical leave of absence in September, said Ronald Vroon, a professor and chair of the Slavic, East European and Eurasian languages and cultures department. She also kept in regular contact with faculty to ensure the programs she directed would continue to run smoothly, he added.

The department is a small, tight-knit group that admired Kagan for her dedication to her work and to working with others, Vroon said.

“None of these decisions that were made for her promotions were anything but absolutely unanimous,” he added. “People saw her as someone with opinions of her own but capable of expressing them and working with others and discussing them in a way that you can achieve consensus.”

Kagan came to the United States in the 1970s to escape discrimination against Russian Jews in the Soviet Union. She began teaching Russian at UC Riverside in 1976 and then started working at UCLA as a lecturer.

Max Boot, Kagan’s son and a Washington Post columnist, said he thinks her interest in fostering students’ fluency in their home languages came from her experience with him. Boot grew up hearing Russian and said he understands a little but does not speak or write it.

Kagan recognized that students like her son require a different form of instruction than regular beginner’s language courses. Although Kagan talked about her work with her family, Boot said he only saw the full extent of the impact of her teaching and research when he went to a tribute held in her honor earlier this year.

“I didn’t realize what an innovator she was,” Boot said. “She wasn’t one to brag about herself.”

Kagan was a loving mother and grandmother who worked hard for her family while juggling her duties at UCLA, Boot added. He said he fondly remembers camping trips during which they would pile into the family station wagon and spend languid days at places such as Joshua Tree National Park and Big Bear. Boot added Kagan was always eager to get back to work and constantly had her students on her mind.

“Even when she was diagnosed, her primary concern was how quickly she could get back to the classroom,” he said.

Kagan had the ability to make every student immediately feel at ease, said Boris Dralyuk, the executive editor for Los Angeles Review of Books. Dralyuk first met Kagan the summer before he entered UCLA as a first-year student during a Russian language placement exam that Kagan administered.

“She asked me some questions about my Russian skills, but more about myself,” he added. “I didn’t do so well on the written exam, but I spoke freely and naturally.”

Kagan’s warmth and genuine interest in students’ success encouraged Dralyuk to stay at UCLA for 15 years to complete a doctoral degree in Slavic languages and literatures, he said. As an immigrant originally from Ukraine, Dralyuk said he benefited from the courses Kagan designed for heritage language speakers.

“At the time, there was no course dedicated to people like me,” he added. “She designed a course just for us. … It was something she did just to help us.”

Dralyuk said one of his favorite memories of Kagan was right after he finished teaching a course in which students presented their theses at a conference, he told her how proud he was of his students.

“She nodded and said ‘We have a lot to be proud of,’” Dralyuk said.

View her obituary online at http://newsroom.ucla.edu/stories/in-memoriam:-olga-kagan-advocate-for-heritage-languages.