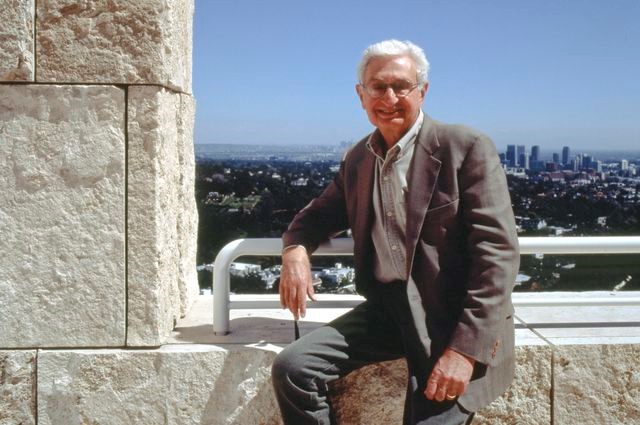 Photo Courtesy of the Getty Center

Williams, who died at the age of 89 in 2017, was also a former UC regent, philanthropist and arts advocate.

The gift will provide broad programming and student support in the areas of American Jewish studies, Jewish History and Jewish languages.

Sarah Stein, the Sady and Ludwig Kahn director of the UCLA Alan D. Leve Center for Jewish Studies, said, “The Leve Center is thrilled and grateful that Harold Williams’ gift will allow us to further our expansion into American Jewish Studies, allowing us to highlight pioneering work in the field and to offer our students informed views of the complex place Jews and Jewish culture have occupied and continue to occupy in our city, region, state, country and continent.”

Before his appointment at UCLA Anderson in 1970, Williams served as president of Hunt-Wesson Foods Inc. and chairman of the board of Norton Simon Inc. Williams left UCLA in 1977 to serve as chairman of the U.S. Securities and Exchange Commission in the Carter administration. When he returned to Los Angeles in 1981, he was named the founding president and CEO of the J. Paul Getty Trust, a position he held until his retirement in January 1998. During his tenure, he presided over the planning and construction of the Getty Center and expanded its scope to include art research, education and preservation.

“Harold Williams was one of the most distinguished citizens of Los Angeles, operating at the highest levels of business, higher education and culture,” Myers said. “He played a major role in the emergence of L.A. as a truly world-class city. And yet, at the end of the day, Harold understood that one enters the world through the portal of a particular culture. As worldly and global as he was, he always maintained a deep affection for Yiddish and the Jewish culture with which he grew up. Through this generous gift, Harold has ensured that the study of American Jewish culture, including Yiddish, will be an integral part of life at UCLA. What a fitting testament to a great man and his vision of the rich patchwork of cultures that makes up L.A.”

Born in Philadelphia, Williams moved to Los Angeles with his family at age 6 and grew up in Boyle Heights. He attended UCLA on a scholarship and, in 1946 at the age of just 18, earned a B.A. in political science with Phi Beta Kappa honors. He went on to earn a law degree at Harvard University and serve in the Korean War.

Williams’ extensive philanthropic support of UCLA was primarily directed to the College and the School of the Arts and Architecture. He was the recipient of numerous UCLA awards including the UCLA Arts award, the Edward A. Dickson Alumnus of the Year award and the UCLA Medal.