Skip to main content
Home » Events » CMRS Center for Early Global Studies » “Vulture in a Cage”: A New Translation of the Poems of Solomon Ibn Gabirol

“Vulture in a Cage”: A New Translation of the Poems of Solomon Ibn Gabirol 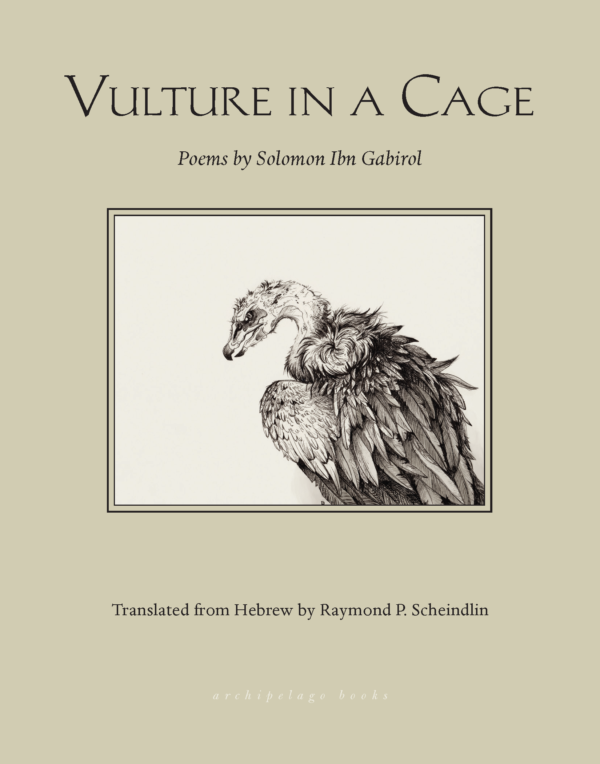 Author and translator Raymond Scheindlin will present his new book, Vulture in a Cage, and the eleventh-century poet at its center, Solomon Ibn Gabirol, one of the most celebrated poets and philosophers of the medieval Judeo-Arabic Golden Age. The author of delicate and intimate devotional poetry that holds an honored place in the liturgies of many Jewish communities, Ibn Gabirol also wrote personal poetry, in which he speaks of his intellectual ambitions and his frustration at having to live among the unthinking; laments his ailments and his social isolation; praises his friends and savages his enemies. Dr. Scheindlin’s new book emphasizes this personal aspect of Ibn Gabirol’s poetry with translations that read like poetry while hewing closely to the meaning of the poet’s words. In this talk, he will illustrate various aspects of Ibn Gabirol’s poetic persona by reading and commenting on selected poems.

Raymond P. Scheindlin is professor of medieval Hebrew literature at the Jewish Theological Seminary of America in New York, where he received his training in Hebrew literature. He holds a Ph.D. from Columbia University for his dissertation on an Arab poet from Muslim Spain. In addition to his research on medieval Hebrew poetry in its Arabic and Islamic background, Scheindlin has published many translations of the great poets of the Judeo-Arabic Golden Age, especially in his books Wine, Women, and Death; The Gazelle; and The Song of the Distant Dove. He has also published an annotated verse translation of the Book of Job. A former provost of the Jewish Theological Seminary, Scheindlin is a former Guggenheim fellow; a former Cullman fellow at the New York Public Library; and recipient of the cultural achievement award of the National Foundation for Jewish Culture.