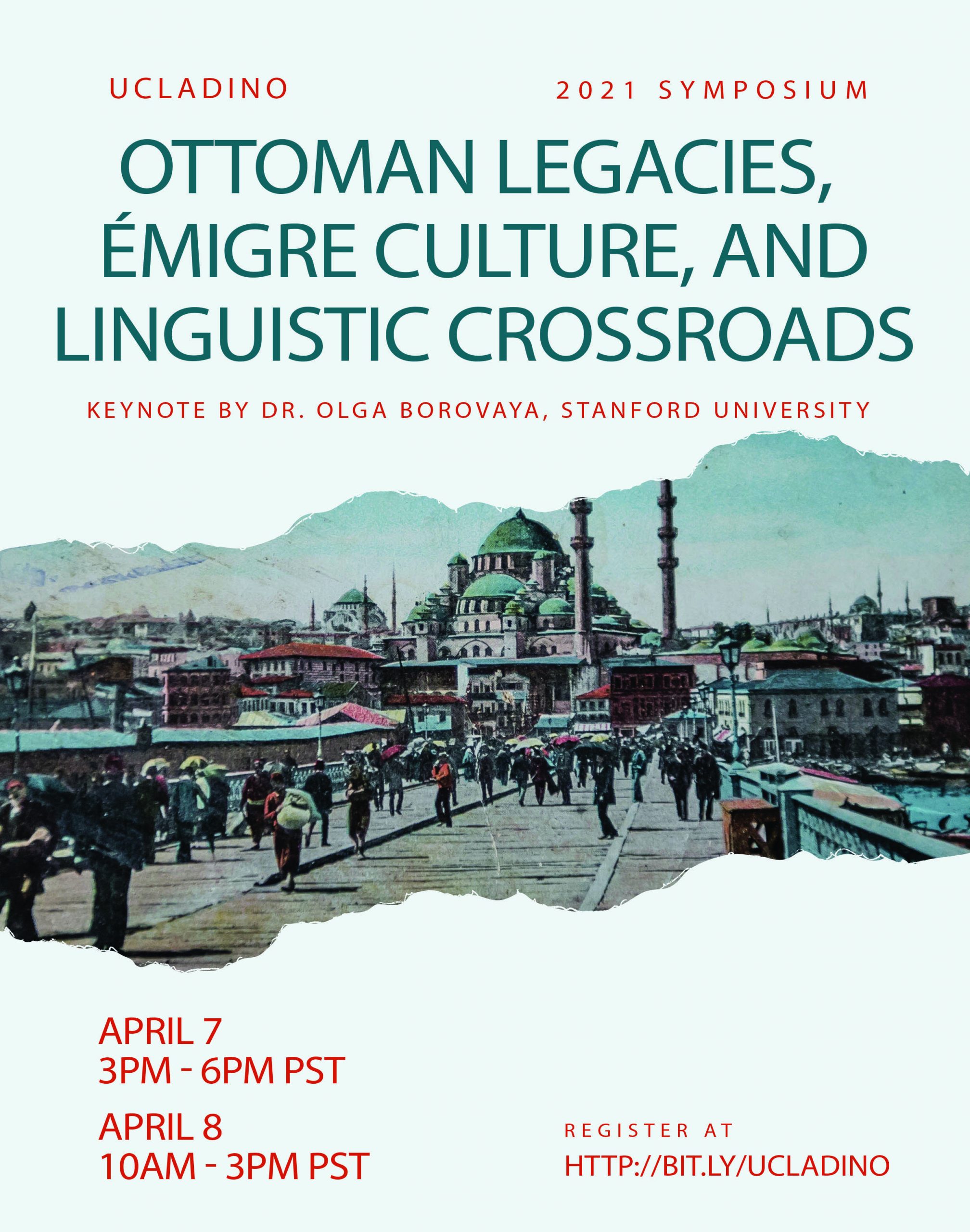 Postponed in 2020 due to the closure of the UCLA campus, the annual UCLadino symposium was held on April 7-8. The theme of “Ottoman Legacies, Emigre Culture, and Linguistic Crossroads” laid emphasis on heritage, culture, and communication related to Sephardic Jews. The music-filled program – all organized by graduate students – featured panels on Ladino Linguistics, History and Memory, and Social Networks, a keynote address by Dr. Olga Borovaya (Stanford), as well as two concerts.

“The Emergence of the Ladino-Speaking Community: Print Culture and Politics of Ottoman Jews in Sixteenth-Century Salonica and Istanbul”
Panel: Networks