Through the Female Gaze: Men in the Book of Genesis 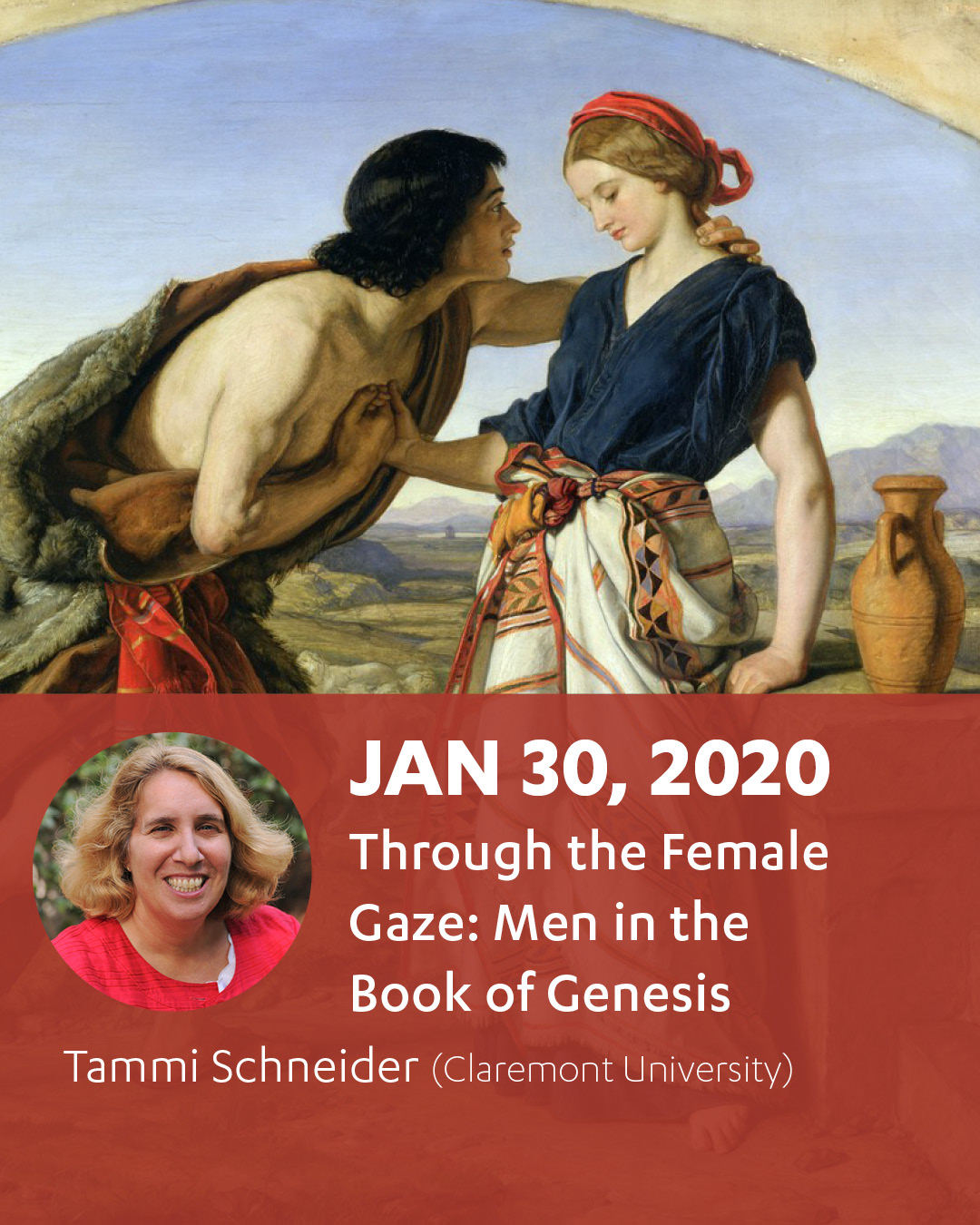 While the bulk of biblical scholarship on the book of Genesis had been conducted by men and about men, more recent works have used feminist approaches to center the female characters in Genesis from numerous perspectives, enhancing our understanding of how the women in Genesis function. In light of these new works, this talk will offer a critical reexamination of the men in the book of Genesis from a more feminist perspective to determine if previous scholarship on these characters can stand up to the female gaze.

Tammi J. Schneider is a Professor of Religion at Claremont Graduate University specializing in the Hebrew Bible and the ancient Near East. Her BA is in Hebrew Language and Literature from the University of Minnesota and she received her doctorate in Ancient History from the University of Pennsylvania. Her books include Sarah: Mother of Nations published by The Continuum International Publishing Group, Judges in the Berit Olam series published by Liturgical Press, Mothers of Promise: Women in the Book of Genesis by Baker Academic Press, and An Introduction to Ancient Mesopotamian Religion by Eerdmans Publishing Company. She has participated in many archaeological excavations in Israel and is presently the director of the educational program at the excavation of Tel Akko in Israel. She is a past President of the Regional Society of Biblical Literature and chairs their session on the ancient Near East and the Bible. She also serves on the Finance/Audit and Investment Committee for the national Society of Biblical Literature and serves on the Genesis Session for their Annual Meeting. She is presently writing a book on “peripheral” men in the book of Genesis and editing a volume on Mesopotamia and the Bible.

Bible and Its Interpreters Seminar Series