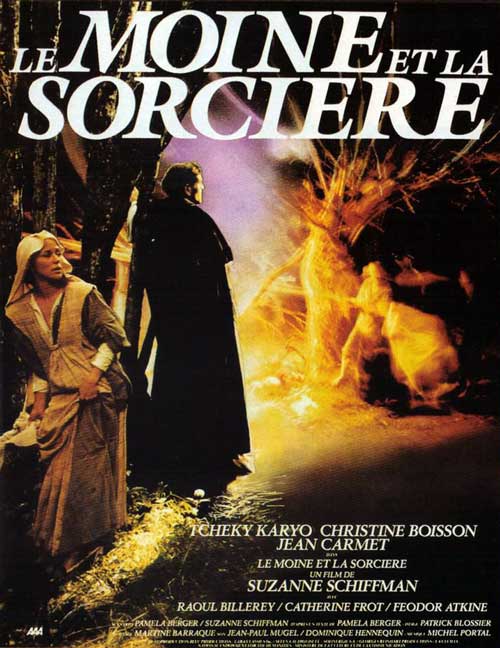 Set in an isolated medieval village in France, Sorceress (Le Moine et la Sorcière) is based on the writings of Etienne de Bourbon, a thirteenth-century Dominican friar who is sent by the Pope to seek out heresy. Etienne discovers that, when their children are sick, the village women go to a forest woman, Elda, to help them heal their babies. Elda is schooled in the ancient arts of healing, the use of leaves, seeds, and bark, and, if need be, she leads the mothers and their children to a grove where a special ritual is performed. When Etienne surreptitiously witnesses the grove rite he is horrified and begins an investigation into what he sees as heretical acts. — co-screenwriter Pamela Berger

“Sorceress has, a priori, everything to be one of the rare realistic films dedicated to the Middle Ages, where seriousness takes precedence over fictional fantasy.” — translated from an article here .