Ordinary Monsters: The Holocaust and the Puzzle of Perpetration 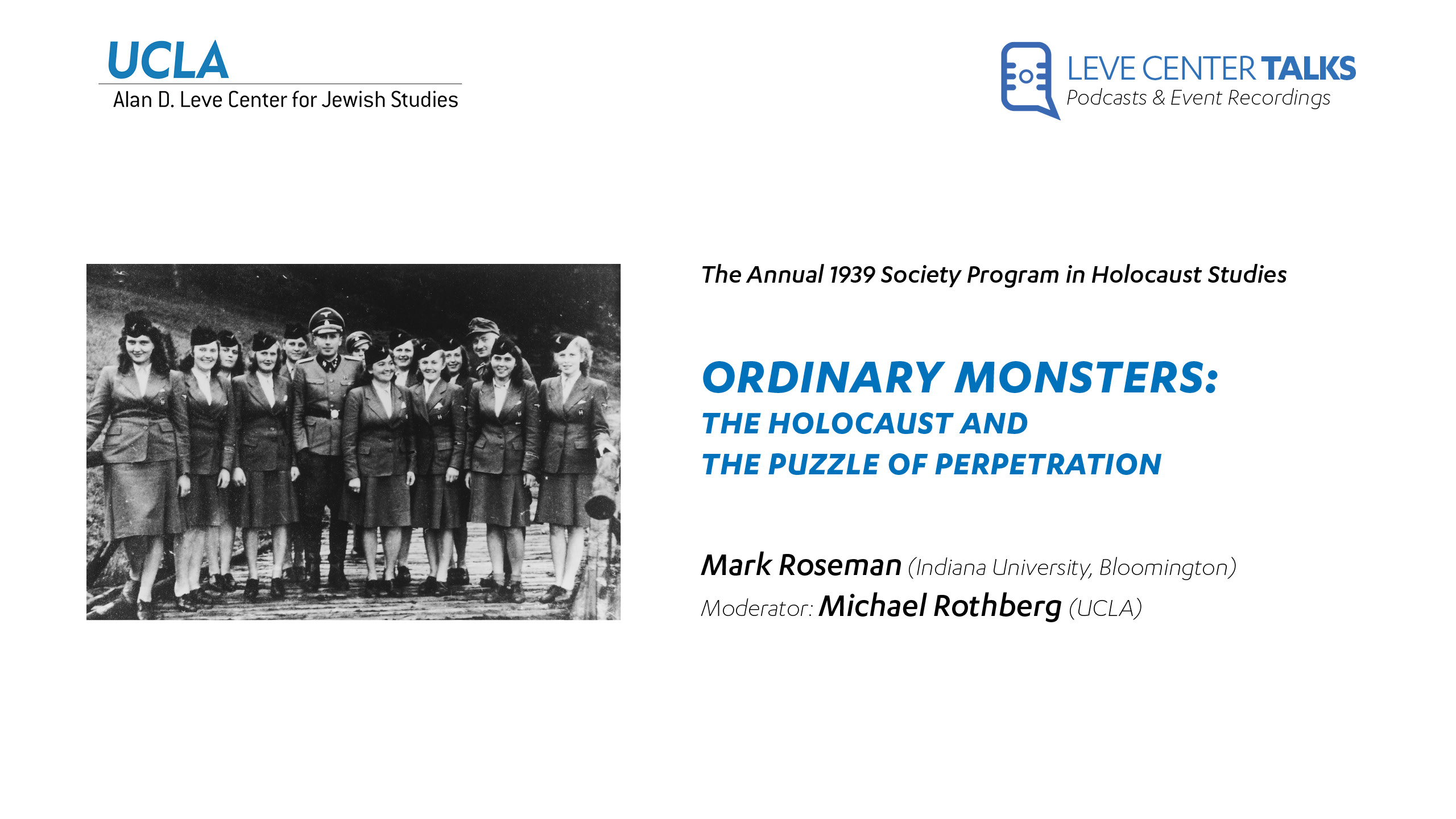 We remain horrified by the deeds of those who perpetrated the Holocaust but perhaps more mystified than ever. The long-held consensus among historians that the perpetrators were “ordinary men” does not satisfy, and not just because we now know more about the role of female auxiliaries. We are not sure what “ordinary” demarcates: Not psychotic? Of their time? The same as us? Of recognizable human stuff but subject to special influences, and thus, in the end, decidedly not ordinary? As we uncover ever more groups somehow implicated in genocide, the boundary between perpetrator and wider society also becomes blurred, raising the question whether it was the home front, far removed from the killing action, where the answers to how the perpetrators were formed, is to be found.