Skip to main content
Home » Events » Center for 17th & 18th Century Studies » “O Manchester, so much to answer for”: Fates of the Literary in an Industrial Revolution, 1780-1830

“O Manchester, so much to answer for”: Fates of the Literary in an Industrial Revolution, 1780-1830 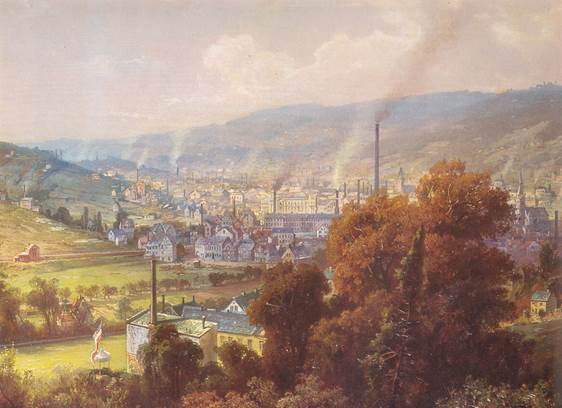 —a lecture by Jon Mee, University of York

co-hosted by the UCLA English Department and the Center for 17th- & 18th-Century StudiesThe manufacturing towns of the north of England were the shock cities of their age. Literary history, especially in the period 1780–1830, usually associates them with dark satanic mills, a time and place when the “human” was sacrificed to the “machine,” or the “mathesis,” as Catherine Gallagher puts it, of Malthus’s dark materialism (itself an idea that emerged from within the region). This lecture traces the literary and philosophical societies, starting with Manchester in 1781, as they struggled to create a space for the “literary” within a transpennine enlightenment. The networks of improvement that linked together Manchester, Liverpool, Newcastle, Leeds, and Sheffield represented a distinctive kind of knowledge economy, where the exchange of ideas was modeled as “literary conversation,” a format that often struggled to square off the collision of mind with mind within the parameters of politeness and useful knowledge and work out the relations among literature, technology, and science. The results were diverse but always something more than Thomas De Quincey’s stabilizing and comforting binary of a literature of power and a literature of knowledge.

Jon Mee is Professor of Eighteenth Century Studies at the University of York, where he was Director of the Centre of Eighteenth-Century Studies before coming to the Huntington Library as R. Stanton Avery Distinguished Professor for 2016–17. Before moving to York, he was Professor of English at the Universities of Warwick and Oxford and Margaret Candfield Fellow in English at University College Oxford. He has also held visiting fellowships at the Australian National University, University of Delhi, and University of Chicago. He has published widely in the literature, politics, and culture of Britain in the period 1780–1830, most recently bringing out a monograph from Cambridge University Press, Print, Publicity, and Popular Radicalism: The Laurel of Liberty (2016). His previous monographs were Dangerous Enthusiasm: William Blake and the Culture of Radicalism in the 1790s (Oxford University Press, 1992); Romanticism, Enthusiasm, and Regulation, Poetics and the Policing of Culture in the Romantic Period (Oxford University Press, 2003); The Cambridge Introduction to Charles Dickens (Cambridge University Press, 2010); and Conversable Worlds: Literature, Contention and Community (Oxford University Press, 2011). He also co-wrote the Palgrave guide to criticism of Blake’s Songs of Innocence and of Experience with Sarah Haggarty (2013) and has co-edited various essay collections. Jon Mee is currently writing on the meaning of the industrial revolution for literary history.