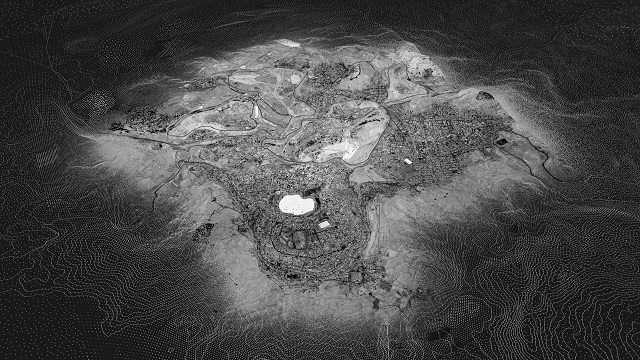 A part of the Evidence and Human Rights in a Post Truth World: A Multidisciplinary Symposium

The attacks on traditional institutions and expertise that have so often been made in the context of the current nationalist, racist insurgency have never provided the basis for the production of counter-hegemonic knowledge, but instead of rejecting the current challenges to institutional authority and expertise, the moment of “post truth” could give rise to an alternative set of truth practices. Open verification collapses the distance of open-source analysis with the proximity of direct engagement with communities on the ground, and establish personal contact with the people and communities exposed to violence. Forensic Architecture has over the years developed methods of analysis that includes interviewing witnesses within virtual models, helping some retrieve lost memories. It relies upon the creation of a community of practice in which the production of an investigation is socialized; a relation between people who experience violence, activists who take their side, a diffused network of open-source investigators, scientists and other experts who explore what happened. As such, the open process of the investigation establishes a social contract that includes all the participants in the uncanny assemblage of production and dissemination. Every case produced with open verification is thus not only evidence of what has happened, but also evidence of the social relations which made it possible. This talk will explore these issues and propose a conceptual direction forward.

Eyal Weizman is Professor of Spatial and Visual Cultures and founding director of the Centre for Research Architecture at Goldsmiths, University of London. In 2010 he founded the research agency Forensic Architecture and directs it ever since. The work of the agency is documented in the exhibition and book FORENSIS (Sternberg, 2014), as well as in Forensic Architecture: Violence at the Threshold of Detectability (Zone/MIT, 2017) and in numerous exhibitions world wide. In 2007 he set up, with Sandi Hilal and Alessandro Petti, the architectural collective DAAR in Beit Sahour/Palestine. This work is documented in the book Architecture after Revolution (Sternberg, 2014). In 2013 he designed a permanent folly in Gwangju, South Korea which was documented in the book The Roundabout Revolution (Sternberg, 2015). His other books include The Conflict Shoreline (Steidl and Cabinet, 2015), Mengele’s Skull (Sternberg, 2012), The Least of all Possible Evils (Verso, 2011), Hollow Land (Verso, 2007), A Civilian Occupation (Verso, 2003). Weizman is on the editorial board of Third Text, Humanity, Cabinet and Political Concepts and is on the board of directors of the Centre for Investigative Journalism (CIJ) and on the Technology Advisory Board of the International Criminal Court (ICC) in The Hague. He previously sat on the advisory boards of the ICA in London and B’Tselem in Jerusalem, amongst others. He graduated in architecture in 1998 from the Architectural Association in London and completed his PhD at the London Consortium/Birkbeck College in 2006.

The arena of human rights documentation has never been more critical to global justice, and is also undergoing radical change as a result of new systems of evidentiary production inspired by satellite and other innovative information technologies. Geospatial and sensing technologies include a range of tools used in the discovery, collection, presentation, analysis and management of location-based data. These tools are changing how we see and interpret suffering bodies, infrastructural destruction and cultural as well as human genocide. They are raising questions about whether mass atrocities and other violence committed against large numbers of civilians are demonstrable and prosecutable through new digital forms of forensic practice. At the same time, they raise the hopes and expectations of survivors of victims and the missing, who are clamoring for evidence collected by citizens and NGOs to be accorded the same evidentiary authority as that created by government authorities.

This two-part lecture/workshop series explores the politics, aesthetics, affect, and interpretation of geospatial images as well as the architectures of knowledge production and the challenges that emerge when using these technologies. By inviting key leaders in the field for two 2-day events during Winter Quarter 2020 (January 16-17 and February 21-22), we will engage in discussion concerning how social scientists, lawyers, human rights advocates, architects and artists use these technologies to produce composite knowledge about critical events.

Cost : Free and open to the public. RSVP required for admission.