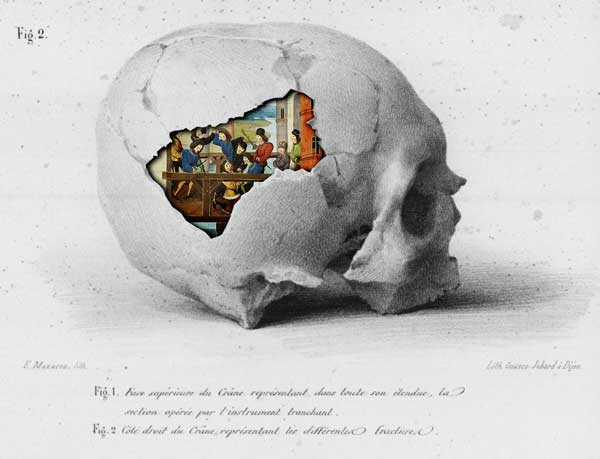 In the aftermath of the assassination of Duke John of Burgundy (1419), a pivotal event in the Hundred Years’ War, the duke’s shattered skull became a famous bone of contention in disputes about the past. The controversial skull was kept by Carthusian monks and shown as a curiosity to visiting royalty until the Revolution. Modernity turned this unholy relic and macabre symbol of national disaster into a scientific specimen. It was repeatedly exhumed and studied, sketched and photographed, even copied in plaster and displayed in museums.

In this Roundtable, Professor Eric Jager (English, UCLA) discusses the prior of Champmol’s famous 1521 remark that made the skull into a history lesson for King Francis I; the findings of the forensic team that analyzed the exhumed skull in 1841; the skull’s use in phrenology as a “map” of the shifty duke’s mind; and museum displays featuring casts of the skull in “crime exhibits” meant to present history to a popular audience. The strange history of the duke’s skull may say less about the
disputed cranium itself, or about the man who once inhabited it, than about society’s changing attitudes toward the past, and the varying uses—or misuses—by the living of the dead.