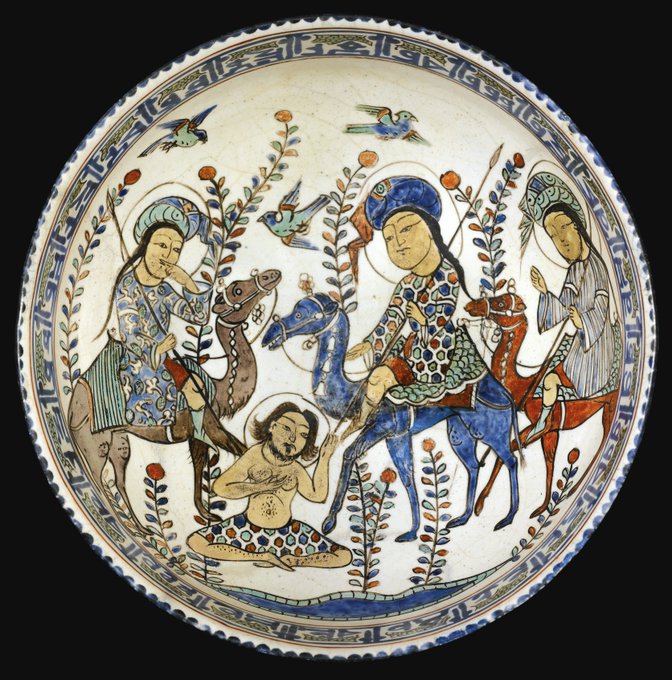 Neither the Byzantines nor the Persians had any generic name for the Greek and Persian novels that were composed in the 12th century. Beholden to older (Attic Greek and Abbasid Arabic) models, the taxonomies of literary forms in both geographically adjacent literary cultures lagged behind the innovations of literary practice. Neither did Constantinopolitan literary culture, centered in the courts of the Komnenian dynasty, produce any theoretical reflection on Theodore Prodromos’s sudden revival of the ancient Greek novel in the 1130s, nor did Persian-Arabic rhetoric (balāghat) register Nizami of Ganja’s novelistic retellings of ancient Persian-Arabic tales in the 1160s-90s.

And yet, scholarship on Nizami has failed to read him as a novelist because it has failed to recognize the parodies and ironizations of multiple genres in two of his quintet of poems. This paper sets up a comparison of Theodore Prodromos’s Rhodanthe and Dosikles and Nizami’s Leylī u Majnūn, (while remarking in passing on the novelistic perversions of the law in Haft paikar) arguing that both belong to what Mikhail Bakhtin called “the prehistory of novelistic discourse”. Prodromos ironized the ancient Greek novel to induce laughter at rhetorical artifice, his ekphrastic episodes working as reflections on the nature of craft. Nizami turned Majnūn, an Abbasid-Buyid pastoral ideal, into a barbarian locus of authenticity to induce reflection on the commodification of the qaṣīda or panegyric in Seljuq courts. The paper concludes by remarking on the stakes of reading Nizami as a novelist and on the divergence in the subsequent careers of the Greek and Persian novel.