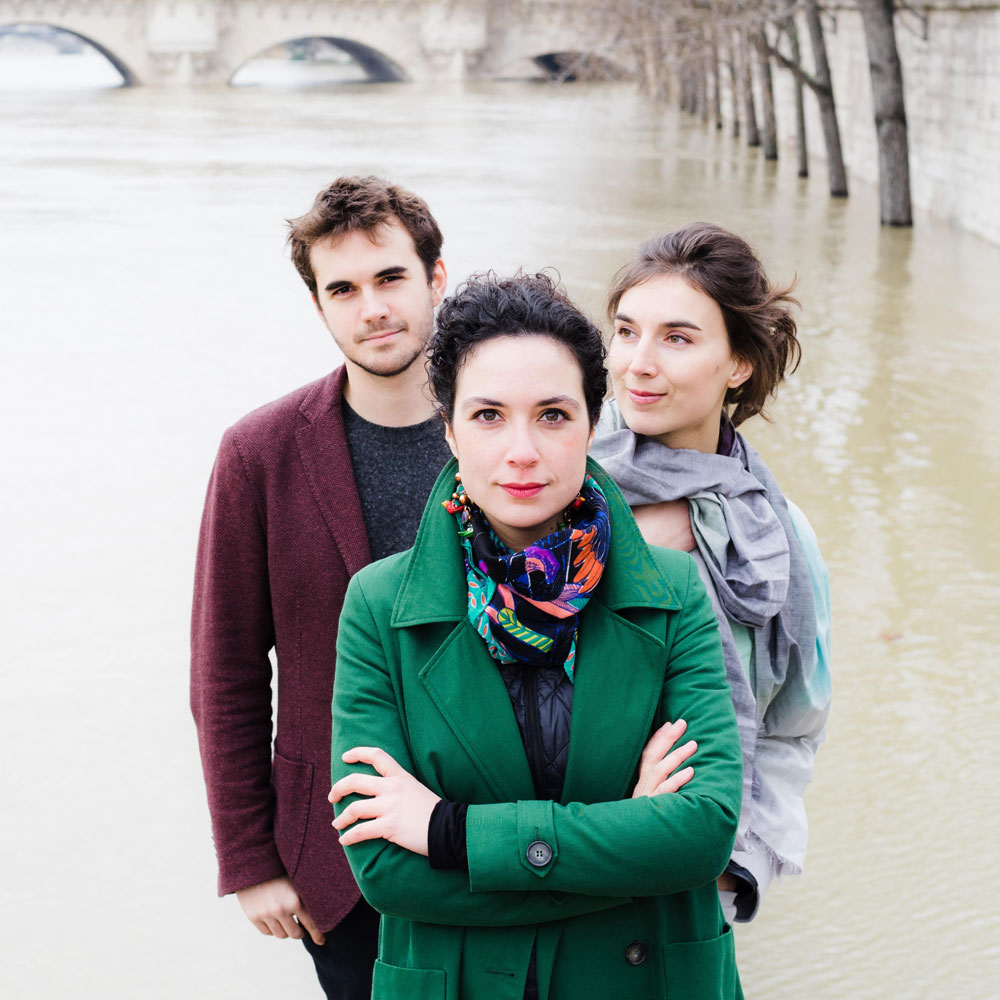 Founded in Paris in 2009, Trio Karénine takes its name from Tolstoy’s titular heroine, Anna Karenina. Top prize winner at the ARD international Competition in 2013, the ensemble has performed in major venues across the world and received numerous awards and accolades. Regular performers of new music, Benoît Menut’s second trio, Les Allées Sombres, was dedicated to the group.

The group’s first album, of Schumann’s piano trios, was released in 2016. Gramophone proclaimed it “a most impressive debut,” adding “there’s an effervescence and litheness that underpins their approach.”

Individually the musicians graduated from Conservatoire national supérieur de musique et de danse in Paris and Lyon, the École normale supérieure in Paris, and studied with well-known teachers in Leipzig, Vienna, and Berlin.