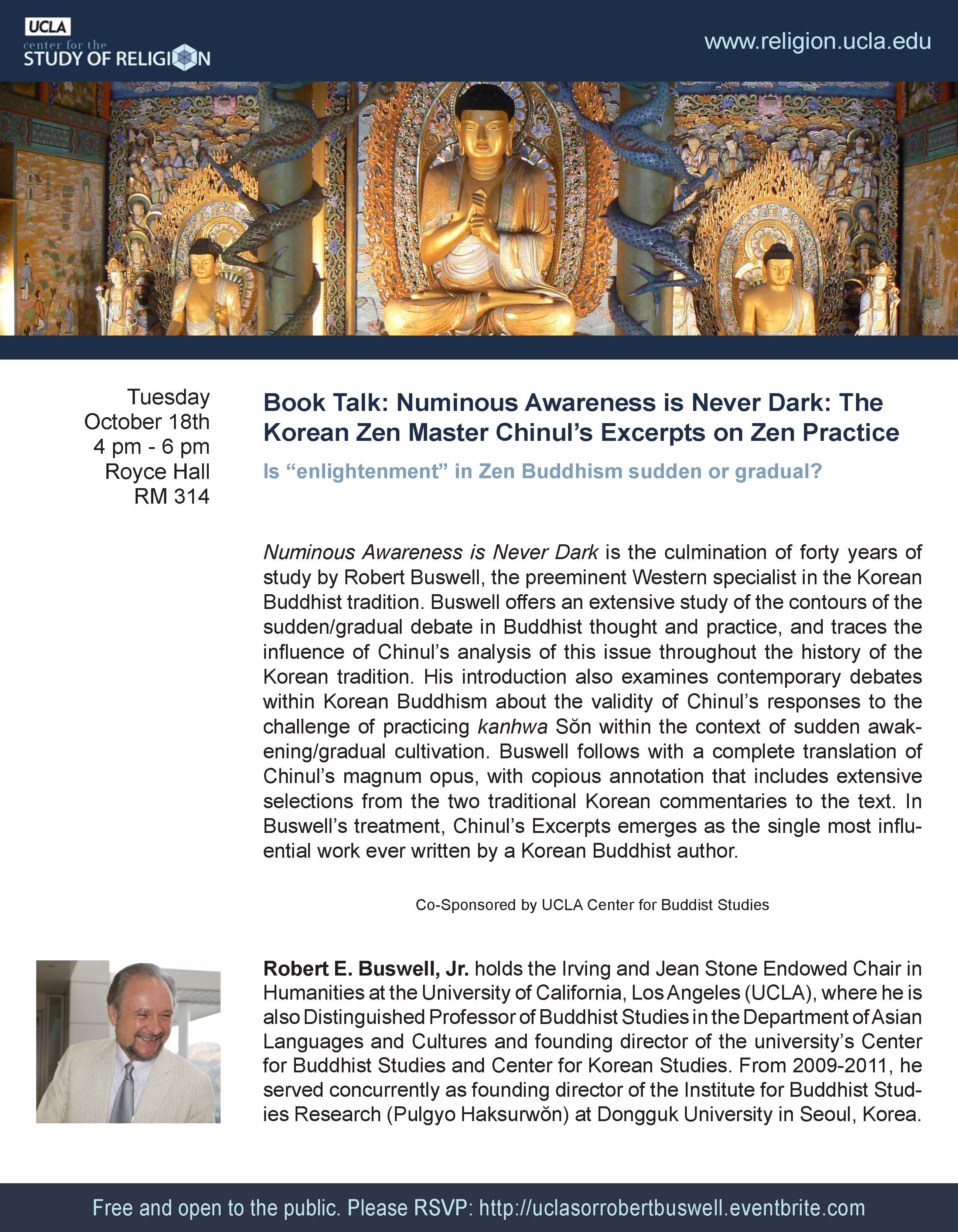 Numinous Awareness Is Never Dark examines the issue of whether enlightenment in Zen Buddhism is sudden or gradual—that is, something intrinsic to the mind that is achieved in a sudden flash of insight or something extrinsic to it that must be developed through a sequential series of practices. This “sudden/gradual issue” was one of the crucial debates that helped forge the Zen school in East Asia, and the Korean Zen master Chinul’s (1158–1210) magnum opus, Excerpts, offers one of the most thorough treatments of it in all of premodern Buddhist literature. According to Chinul’s analysis, enlightenment is both sudden and gradual. Zen practice must begin with a sudden awakening to the “numinous awareness”—the “sentience,” or buddha-nature—that is inherent in all “sentient” beings. Such an awareness does not need to be developed but must simply be recognized (or better “re-cognized”), through the unmediated experience of insight. Even after this initial awakening, however, deeply engrained proclivities of thought and conduct may continue to disturb the practitioner; these can only be removed gradually as his or her practice matures. Chinul’s “sudden awakening/gradual cultivation” soteriology became emblematic of the Buddhist tradition in Korea.

Excerpts, translated here in its entirety by the preeminent Western specialist in the Korean Buddhist tradition, goes on to examine Chinul’s treatments of many of the quintessential practices of Zen Buddhism, including nonconceptualization, or no-thought, and the concurrent development of meditation and wisdom, as well as, for the first time in Korean Zen, “examining meditative topics” (kanhwa Sŏn)—what we in the West know better as kōans, after its later Japanese analogues. Fitting this new technique into his preferred soteriological schema of sudden awakening/gradual cultivation was no simple task for Chinul.

Numinous Awareness Is Never Dark offers an extensive study of the contours of the sudden/gradual debate in Buddhist thought and practice and traces the influence of Chinul’s analysis of this issue throughout the history of the Korean tradition. Copiously annotated, the work contains extensive selections from the two traditional Korean commentaries to the text. In Buswell’s treatment, Chinul’s Excerpts emerges as the single most influential work written by a Korean Buddhist author.