Skip to main content
Home » Events » Center for 17th & 18th Century Studies » The Book and Slave Trades in Concert: The Colonial Library and the Atlantic Economy

The Book and Slave Trades in Concert: The Colonial Library and the Atlantic Economy 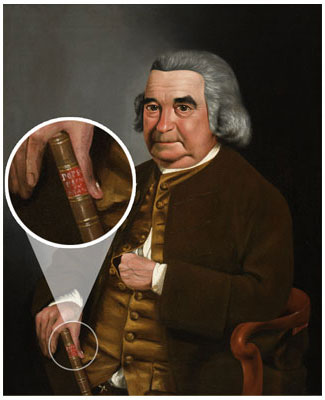 Early American libraries stood at the nexus of two transatlantic branches of commerce:  the book trade and the slave trade.  This 2017 Karmiole Lecture will bridge the study of these trades by demonstrating how Americans’ profits from slavery were reinvested in imported British books and providing evidence that the colonial book market was shaped, in part, by the demand of slave owners for metropolitan cultural capital.  It will make these claims by applying recent research about the high cost of contemporary London cultural products to an analysis of early American consumer society, establishing that people engaged in the slave trade and related enterprises like sugar, rum, tobacco, and shipbuilding were some of the few early Americans who could afford importing them.  In doing so, this lecture will merge the fields of the history of the book, Atlantic studies, and the study of race, arguing that the empire-wide circulation of British books was underwritten by the labor of the African diaspora.  It will ask such questions as “How do we reconsider the practices of early American reading with this new awareness?”  “What is the meaning of works exploring slavery and abolition when they are imported into a slavery economy?”  The lecture will attempt to address these questions with three examples:  a painting of Alexander Pope’s Essay on Man in the Redwood Library of Newport, Rhode Island; the purchase of an adaptation of Aphra Behn’s Oroonokoby a proprietor of the Salem Social Library of Massachusetts; and the reliance of Olaudah’s Equiano’s Interesting Narrative on the reading and writing of Anthony Benezet at the Library Company of Philadelphia.

Dr. Sean D. Moore (Ph.D. Duke 2003) is an Associate Professor of English at the University of New Hampshire, where he specializes in 18th century British studies, Atlantic studies, and Irish studies.  His first scholarly monograph, Swift, the Book, and the Irish Financial Revolution:  Satire and Sovereignty in Colonial Ireland (Johns Hopkins UP) explored how Jonathan Swift mobilized the Dublin Book Trade for the promotion of Irish sovereignty, and won the 2010 Murphy Prize for Distinguished First Book from the American Conference for Irish Studies.  His work has been published in Early American Literature, PMLA, Atlantic Studies, and other journals, and he has been named the new editor of Eighteenth-Century Studies, the premier journal in the field.  He has held fellowships from the Fulbright Board, the Folger Library, and the John Carter Brown Library.  The project that he will be discussing in the Karmiole lecture has been supported by the National Endowment for the Humanities (NEH), American Antiquarian Society/NEH, Library Company of Philadelphia/Mellon Foundation, Newport Mansions, and other organizations.