Angelopoulos Retrospective: The Suspended Step of the Stork & The Beekeeper 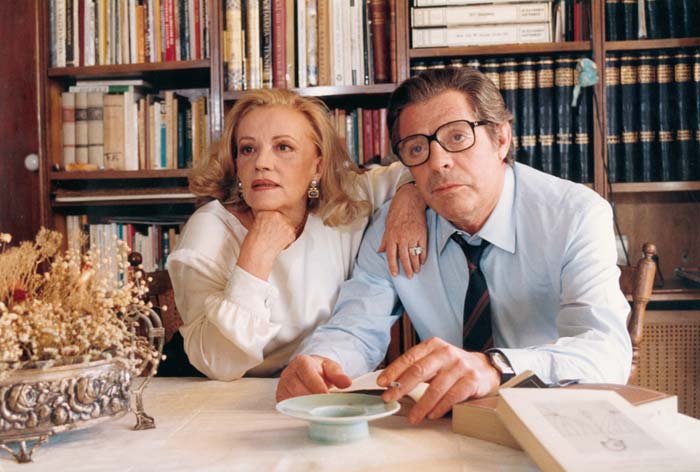 The Suspended Step of the Stork (To Meteoro Vima tou Pelargou) Greece, 1991

The plight of refugees in the Balkans and internationally dominated much of Theo Angelopoulos’ attention in the 1990s, leading to two of his most acclaimed films, Ulysses’ Gaze (1995) and Eternity and a Day (1998). The Suspended Step of the Stork, which inaugurates this “Trilogy of Borders,” however, may be his sharpest assault on the moral and political failures of the West leading to the crisis. When a TV journalist believes he’s found a missing Greek politician living in a refugee camp, a routine story becomes a potential blockbuster. A world-weary Marcello Mastroianni plays the mysterious refugee with Jeanne Moreau as the politician’s embittered wife who may hold the key to his identity.

Every year, Spyros (Marcello Mastroianni) takes up the family tradition of transporting its colony of bees across the rugged northern Greek countryside. This season, however, he’s joined by a young woman (Nadia Mourouzi) he picks up hitchhiking. Mastroianni delivers a quiet, reserved performance that confounded some critics who felt Theo Angelopoulos had miscast the international star. But Mastroianni’s soulful silence, however, draws us deep into the existential crisis at the heart of the film about a generation that felt consumed by history and another in the process of forgetting it.