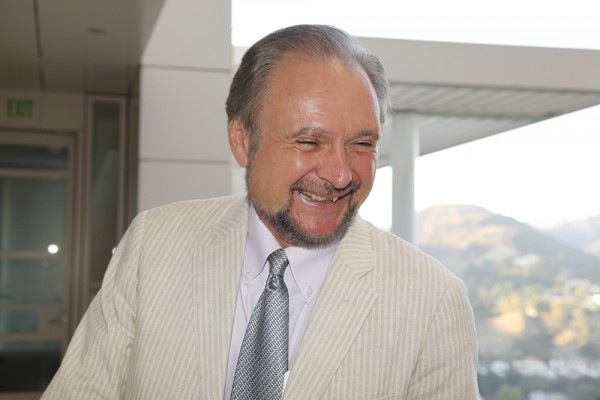 UCLA Buddhist studies scholar Robert Buswell will be the keynote speaker for the Division of Humanities commencement ceremony on Saturday, June 11 at Royce Hall.

Buswell, a distinguished professor who holds the Irving and Jean Stone Endowed Chair in Humanities, will retire this year after more than three decades at UCLA, where he founded the Center for Buddhist Studies and Center for Korean Studies. He and his wife, Christina Buswell, also recently made gift commitments to establish both an endowed chair and a graduate fellowship in Buddhist studies at UCLA.

“I’ve been really lucky to have had a number of extremely talented students who worked with me, and who themselves have gone on to become professors in their own right,” Buswell said. “As I look around the country and around the world right now, I see former students of ours who have gone on to establish themselves as leaders in their own fields. This gives me an immense feeling of pride about the progress we made at UCLA.”

When reflecting on the recent past, especially the pandemic, Buswell mentioned that this has been both a major change and a period of major learning for students and faculty.

“I think all of us have almost come through the other end now, with great relief but also some satisfaction that we succeeded in facing down this immense challenge,” he said.

He added that there is no better field than the humanities to prepare students for an ever-changing landscape, whether in academia or in their careers.

“What humanities does, really more than any other area of learning, is demonstrate to us that what we are is under constant construction. We’ve sort of learned how identity is something that we have the ability to change and transform as necessary,” Buswell said.

Given the incredible amount of change that graduating students have undergone in the past three years, he said, entering an uncertain future is not something they should fear. He added that even seemingly unusual paths in today’s world may become mainstream in the future, so students should embrace the unconventional.

“I think back to when I was the age of the students nowadays — I was doing meditation and yoga, and this was all extremely arcane back in those days, but has now become kind of mainstream in American life and culture,” he said.

He added that the ability to change how we view ourselves is something humanities students are uniquely prepared for.

“We have the ability as human beings to create the kind of person we want to become — so what we think is what we’re going to become,” Buswell said. “What’s most important is to train our thinking, and that’s what humanities disciplines do: they teach us critical thinking.”

Buswell will be speaking at the UCLA Humanities commencement ceremony on June 11. More information can be found here.