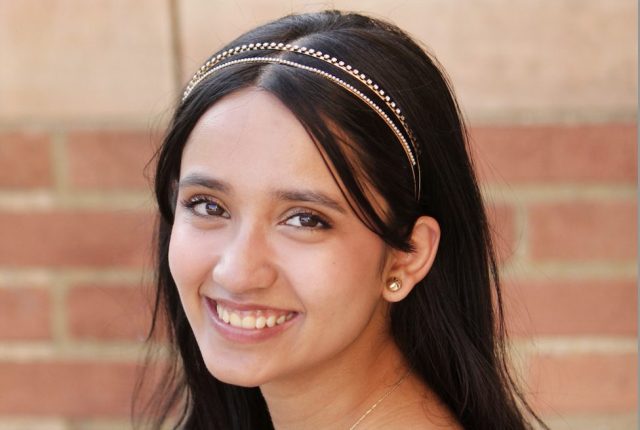 A longtime, avid reader and writer, Avachat has also authored short stories — one of which served as the novel’s inspiration. “I had written a short story my freshman year of high school that I was really attached to,” she said. “I had a lot more to say about those characters — and then I had the idea that I wanted my novel to read like a Bollywood drama.”

Avachat worked on outlining and drafting her book, a young adult novel about family, friendship and dealing with adversity, from approximately June 2019 to January 2021. “As a freshman at UCLA, I finished writing the first draft – but most of the draft was completed in high school, and then I was in a mentorship program called Author Mentor Match,” she said. The program pairs aspiring authors with experienced writers who review their manuscripts and help them navigate the publishing world.

After four or five months of revision, Avachat signed with a literary agent in February 2022. “We went on submission to different publishing houses, and I got my offers in June,” she said. “They went to auction, I made my decision and I’ve been working with my editor at Wednesday.”

Wednesday Books, an imprint of St. Martin’s Publishing Group at Macmillan, publishes a variety of young adult and adult fiction and nonfiction. The book was mentioned in a recent announcement at Publisher’s Weekly: “Vicki Lame at Wednesday Books has acquired, at auction, ‘Arya Khanna’s Bollywood Moment’ by Arushi Avachat, a debut YA novel pitched as Morgan Matson’s ‘Save the Date’ meets Mindy Kaling’s ‘Never Have I Ever.’”

Publishing the novel, Avachat said, feels like beginning a new stage in her life.

“It’s definitely been really, really exciting. I’ve wanted to be an author my whole life, and thinking that I get to see my book in bookstores – I get to hold it in my hands – feels like the culmination of something,” she said. “It’s such a big first step.”

Set to be published in Fall 2023, “Arya Khanna’s Bollywood Moment” is already available to add to shelves on Goodreads, where a synopsis is also included.