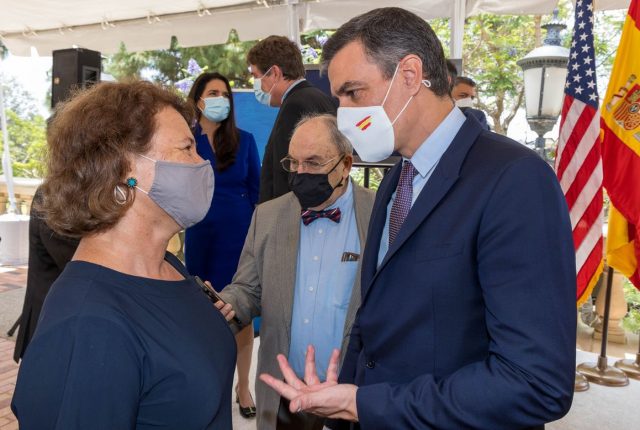 The Cervantes Institute, a Spanish government agency dedicated to promoting Spanish around the world, has chosen Barbara Fuchs, UCLA professor of Spanish and English, to receive its inaugural Ñ Prize, honoring her work disseminating Spanish language and culture through theater and literature.

The president of Spain, Pedro Sánchez, will join Fuchs on July 22 at UCLA as part of an event to announce the first Instituto Cervantes branch in Los Angeles, which will be the seventh such center in the United States. In October, Spain’s King Felipe VI will present the bronze Ñ Prize to Fuchs in person in Madrid.