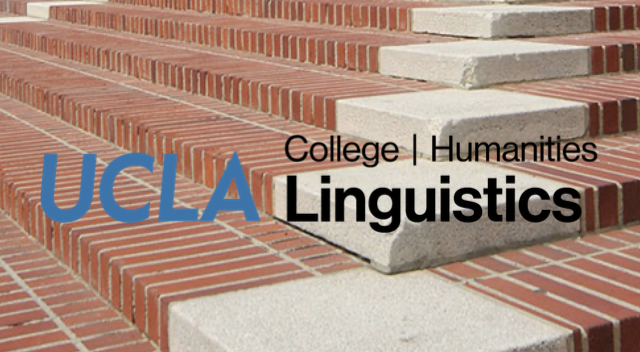 Approved changes to five undergraduate majors within the UCLA Department of Linguistics will open new doors for students. Effective Winter 2020, the changes will extend opportunities for research, scholarships, and jobs only previously available to students in STEM, but students enrolled in any of the five affected majors will still earn a B.A. degree.

Originally developed by the U.S. Department of Education’s National Center for Education Statistics, Classification of Instructional Program (CIP) codes are used to classify and track program completion at educational institutions in the U.S.

According to linguistics professor Bruce Hayes, who served as Acting Vice Chair for Undergraduate studies, the correction is based on widespread changes in the field of linguistics, involving greater use of experimentation, computational modeling, and digital corpus work.

“All of these trends place linguistics under the broader umbrella of Cognitive Science,” Hayes said. “[Upon] graduation, they are often hired by speech and language technology companies.”

Hayes collaborated with Jacquelyn Perez, the linguistics department’s undergraduate Student Affairs Officer (SAO), to submit a proposal for the CIP code changes to the Faculty Executive Committee (FEC). In late November 2019, the FEC invited Hayes and Perez to present their proposal and approved the proposed code corrections shortly after.

UCLA is one of the first universities in the nation to make such changes to its undergraduate linguistics program, and plans to implement similar CIP code corrections at the graduate level are underway.