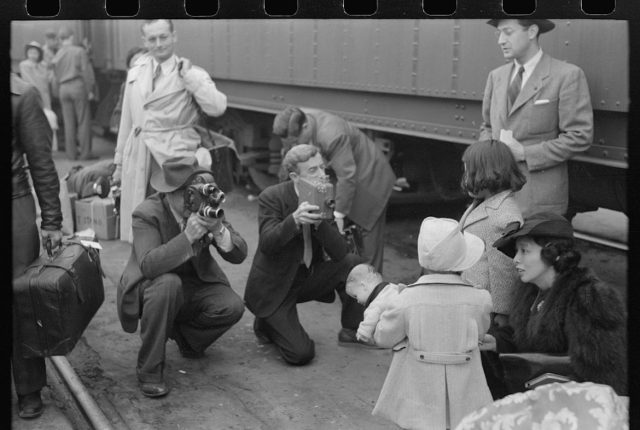 ‘BeHere / 1942,’ presented by the Yanai Initiative of UCLA and Tokyo’s Waseda University, runs from May 7 to Oct. 9

Eighty years ago, during World War II, the U.S. government forcibly removed Japanese Americans from the West Coast, incarcerating 120,000 in concentration camps. This May, an exhibition at the Japanese American National Museum lets visitors step into those dark days of 1942 through an augmented reality re-creation at the very site where thousands of Japanese Americans living in downtown Los Angeles’ Little Tokyo neighborhood were ordered to report before trains and buses took them to the camps.

“BeHere / 1942: A New Lens on the Japanese American Incarceration,” which opens May 7, is presented by the Yanai Initiative for Globalizing Japanese Humanities, a joint project of UCLA and Japan’s Waseda University, in collaboration with the museum.