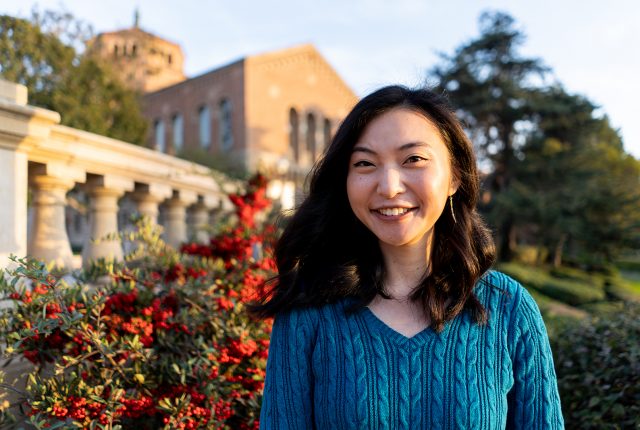 After receiving more than 1,000 applications, the Marshall Commission has awarded 46 students in total, the second-largest class in its 66 years. The scholarship program is primarily funded by the British government and will cover the full costs of each recipient’s postgraduate education. The Marshall Commission selects candidates based on academic merit, leadership potential, and ambassadorial potential.

According to the UCLA Scholarship Resource Center (SRC), Yen is the first UCLA recipient in about a decade, as well as the first-ever UCLA transfer student to become a Marshall Scholar.

As an undergraduate at UCLA, Yen earned her bachelor’s degree in English with a double minor in Global Studies and Digital Humanities. In September, Yen will begin her two-year scholarship at King’s College London where she will pursue two Master’s degrees in digital humanities and digital culture & society. Digital humanities is a field of study where researchers and scholars approach topics within the humanities using digital technology and data visualization.

Yen first heard about the Marshall Scholarship through her father, who was encouraging her brother to apply. As an applicant, Yen was nominated by her advisors and formally endorsed by UCLA.

Yen’s digital solo-authored thesis titled “Digital Syria” is the first of its kind at the UCLA English Department and examines the narrative put forth by Western society about the Syrian refugee crisis and its implications. For her Digital Humanities minor, she also worked on a group project called “Drone Wars” which analyzed and contextualized data on American drone strikes in the Middle East. Yen and her group were invited to a symposium on drones to present their findings.

Yen is interested in investigating the field of digital humanities at an international scale: who is doing it, where is it being done, and the kinds of tools and technologies being developed.

Although her long-term goal is to become an educator and work with college students, Yen plans to further explore questions of digital humanities as it relates to postcolonial, transnational, and migration studies.

Yen is thankful for the faculty, like professor Daniel Snelson, her senior thesis adviser; Heather Adams, the former director of the transfer student center; and fellow students, all of whom gave up their time to guide her through the Marshall application process and more. She even credits UCLA Humanities Technology (HumTech) for their assistance in her research for “Digital Syria.”

Yen switched her major from computer science to English after one of her community college professors encouraged her to try speech and debate. She continued to volunteer some of her time to help coach the forensics team at El Camino College and hopes that her recent achievement pushes transfer students like her to have ambitious goals.

“People shouldn’t compare themselves,” Yen said. “They shouldn’t be afraid of going after these things because I think that everyone’s experiences equip them with a very different perspective that lends itself to different lines of thoughts [and] different projects, rather than seeing those things as deficits and embracing what those perspectives bring to the field they’re working in.”

Hear from Yen’s advisers on how her academic work and experience as a transfer student paved the way to becoming a Marshall Scholar.

Photo courtesy of the Daily Bruin