The purpose of World Languages Day is to provide students with an opportunity to discover different languages offered at UCLA, and affiliated clubs, programs and cultural activities on campus. More than 300 UCLA students stopped by the various booths in Bruin Plaza to speak to representatives from 14 different departments that represented 29 different languages spoken at UCLA. The 14 departments featured in this year’s event included the following: 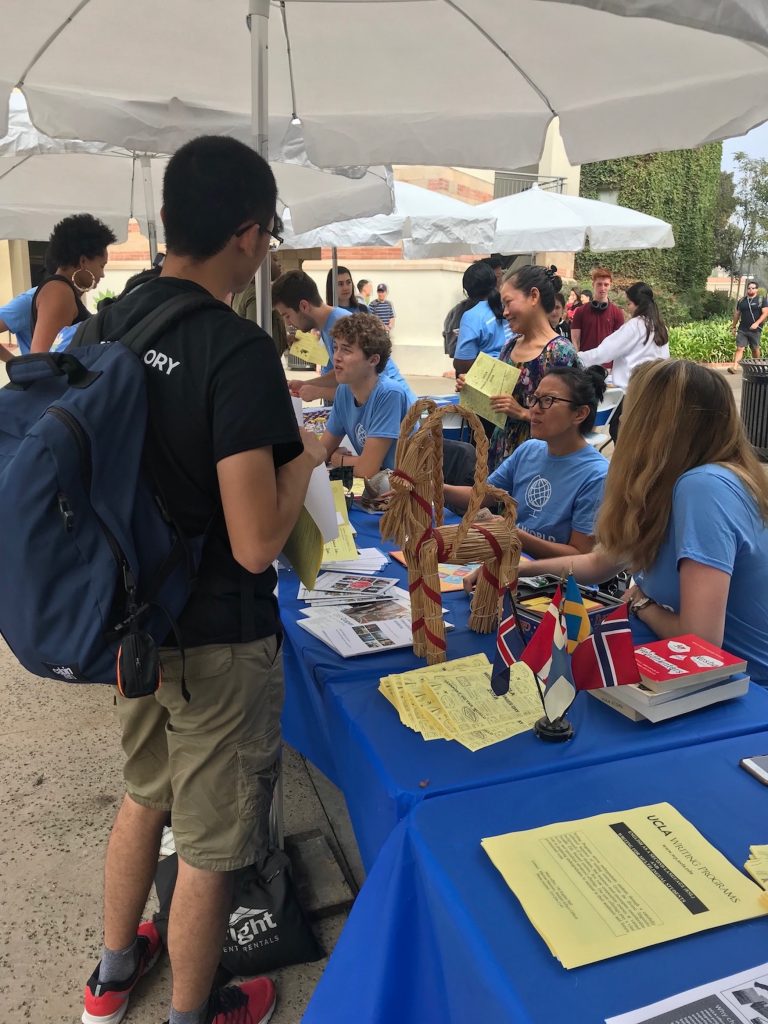 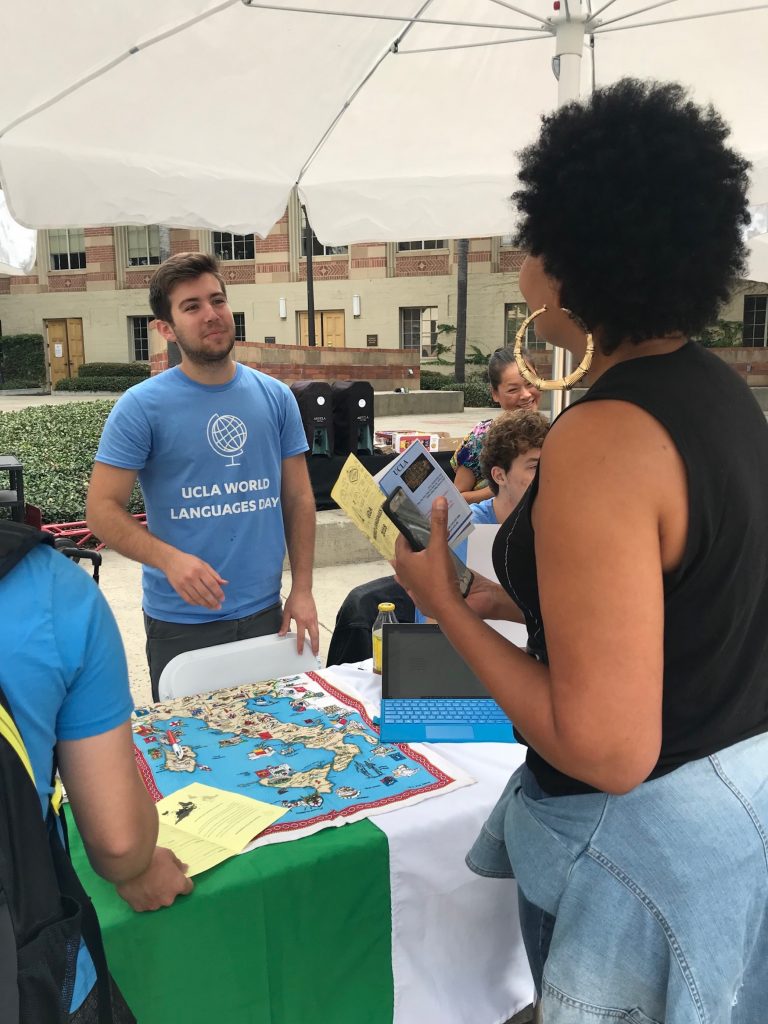 When asked what they hope that students take away from campus events such as World Languages Day, Dr. Truong and Dr. Denié-Higney stated that they “hope that students find joy in learning another language and appreciate the enrichment that another culture gives to our personal and professional growth.” Another hope for the event is that it “showcases all the languages taught on campus so students are aware of their options.”

Dr. Truong’s favorite memory from World Languages Day is “when students find that they know more Italian than previously thought, by simply looking at a restaurant menu and what a grocery store carries.” For Dr. Denié-Higney, she appreciates “when undergraduate students share their love for the language they are learning, and they are encouraging their peers to learn and expand their horizons.”

Thanks to the hard work and dedication of the departments, professors and students who plan World Languages Day annually, UCLA undergraduates are able to immerse themselves in more than 40 diverse languages offered at UCLA.