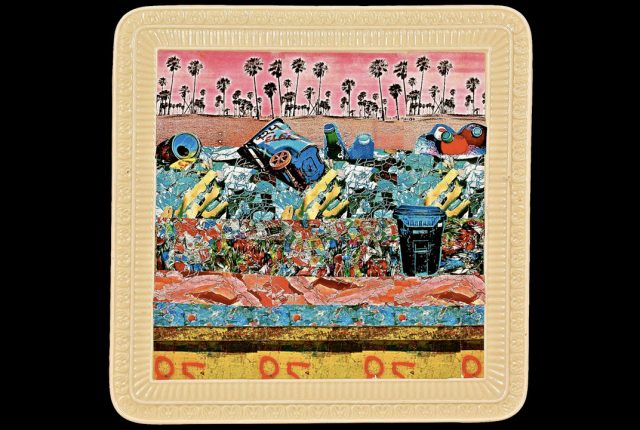 When you think of the word “trash,” what types of images do you imagine? A garbage dump? Waste? Pollution? While negative connotations and depictions of the word are typically the first to arise, UCLA Germanic Languages and Spanish & Portuguese Professor Maite Zubiaurre seeks to change the way we think about trash, humanity, and empathy through her trashcollages and academic seminars.

Zubiaurre’s alter ego, Filomena Cruz, is a Venice, CA visual artist and trash-collagist. She uses endless recycling and urban trash to create “trashcollages,” a term coined by Cruz to give expression to her mixed-media genre.

Zubiaurre takes pictures of urban trash and its containers and prints the pictures on a regular printer, cuts them into pieces, and uses these pieces to make her “trashcollages.” She adds color and texture with acrylic paint, and the bright colors of Mexican popular art have heavily influenced her work. From there, she takes pictures of her finished trashcollages, prints them out, and cuts them into pieces once again. She calls this process “endless recycling,” since one trashcollage is often reused and recycled to make more collages. The concept of “endless recycling” refers to the fact that the main source of frames for her art is from thrift stores. She “recycles” used frames, platters, coasters, and decorative boxes to frame her trash art. 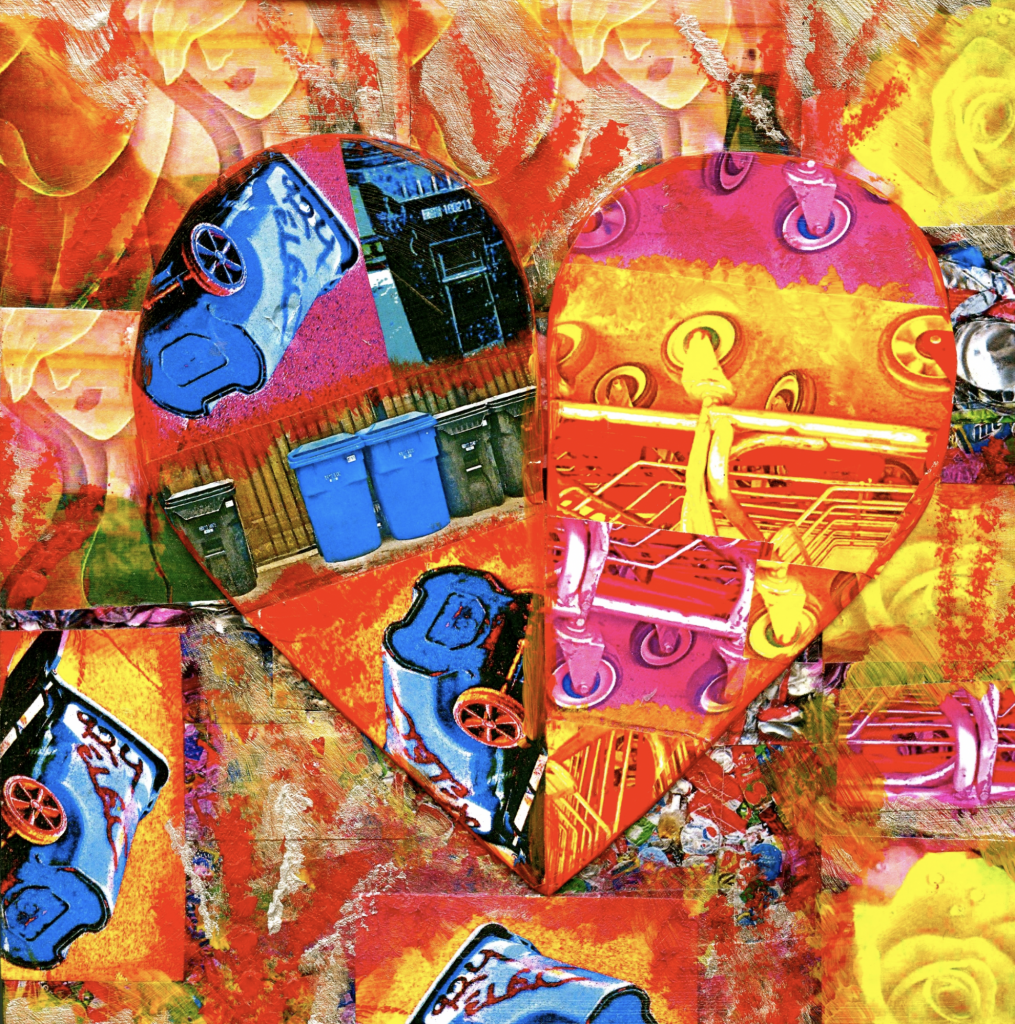 One of Zubiaurre’s favorite aspects of the creative process is how the hands-on artistic practice (the physical act of photographing, cutting, pasting, collaging) generates thought. This forces her to think hard about the central object that inspires her art, waste, and its social and environmental implications.

For as long as she can remember, Zubiaurre has been fascinated by trash, particularly “by the sheer materiality of it and how readily it embraces bad smell and decomposition (or not: plastic debris never dies).” Within her art and the courses she teaches at UCLA, she is able to explore the representation of trash in contemporary culture.

The undergraduate seminar on “Waste and Theories and Representations of the Discarded” that she teaches for the Honors Collegium centers primordially around the importance of restoring humanity, and having empathy lead our actions. The motto of this course, “learning compassion via trash,” is highlighted wonderfully in the UCLA Magazine article by Paul Feinberg, “Splendor in the Trash,” and the video “United We Trash” which visualizes the course’s artistic intervention and trashion show. Zubiaurre believes that if there is one thing that we should teach our students, it is “precisely how to bring back empathy and hospitality into our lives and that of others, and into our social and political fabric.”

However, she remains preoccupied by the question, “what makes trash trash? What, and who, defines disposability, and why is it that we are so willing to declare things (and people) useless?” In fact, her book, Talking Trash: Cultural Uses of Waste, forthcoming in Vanderbilt University Press, is dedicated to “All creatures discarded.” 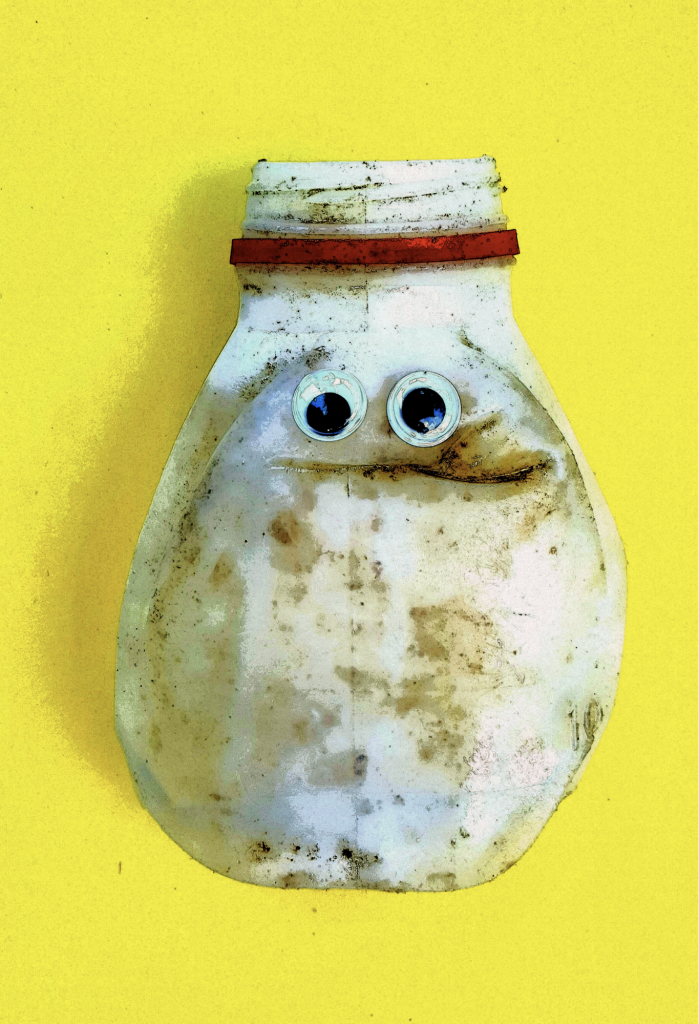 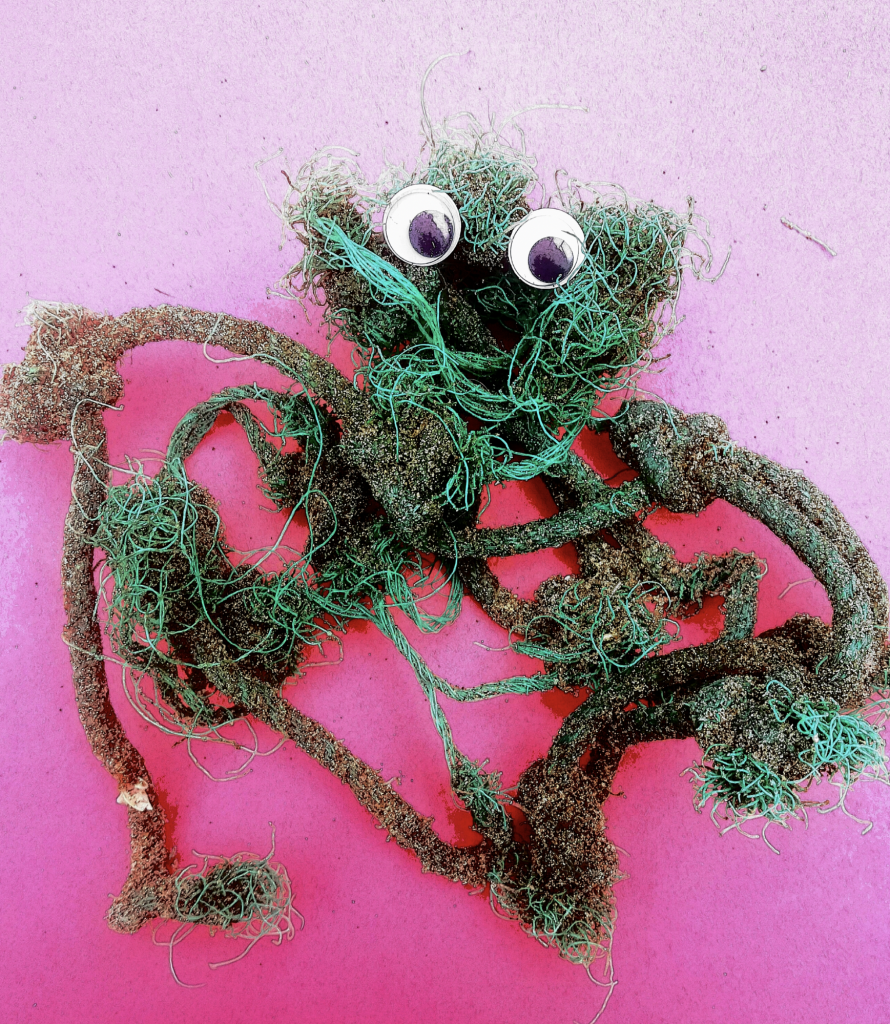 Zubiaurre’s current art series and street intervention called “The  Immortals” is one example of how she examines the social and environmental impact of “discarded creatures.” She is obsessed with beach trash and has been doing art with plastic that she picks up from the beaches in Venice and Playa del Rey, CA. She then puts googly eyes on it, takes a picture of it, prints it, pastes it on a tile, and glues the following text on the back of the tile: “Take me home. I am the perfect pet. I am plastic and therefore immortal. I was found on the beach. I am as cute as I am dangerous. I destroy the ocean and the environment. Birds snatch me and fly away, death dangling from their beaks.”

The idea is to scatter the tiles on the boardwalks of Venice, CA and other beach cities, for people to pick up, as a way of raising consciousness about ocean pollution. Since plastic never dies, it makes sense to refer to these pets as “The Immortals.” The first street intervention that featured “The Immortals” took place on the UCLA campus as part of the #J18 Teach.Organize. Resist, a “collection of work produced from the #J18 day collective action on January 18, 2017.”

For Zubiaurre, it is clear that empathy, generosity, and humanity are key themes in her art-making and scholarly reflection. By learning compassion through trash, we are able to raise consciousness about pollution and increase empathy in our social and political spheres. 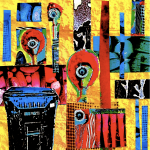 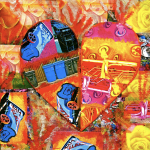 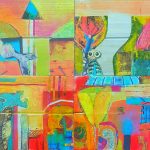 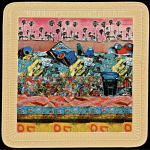 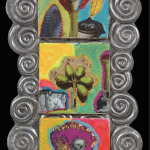 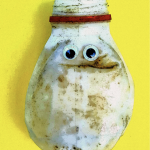 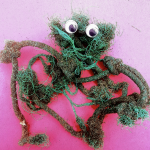