How a UCLA philosophy Professor Helped Construct ‘The Good Place’ 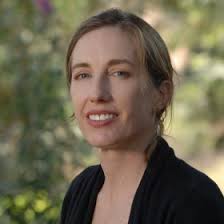 A funny thing happened in the esoteric world of philosophy in late 2016 — professors and students were buzzing on social media about a sitcom.

Is there really a television show that muddles through questions like “Is it ever OK to lie?” and “Is morality judged on results or intentions?” And even more surprisingly, how is this mainstream network TV show getting these debates so right?

That show is “The Good Place,” which debuted on NBC in September 2016 and whose third season opened Sept. 27. The show picks up the story of a young woman immediately following her untimely death by shopping cart. Eleanor Shellstrop, played by Kristen Bell, is greeted in the titular Good Place by Michael, an immortal magical being played by Ted Danson. But Eleanor, who in life was capricious at best, maniacal at times and nearly always frivolous with the feelings and needs of others, immediately realizes there’s been a mistake. And worse, there’s another Eleanor Shellstrop who’s suffering for the heavenly clerical error over in “the bad place.”

The premise created a fertile ground for all kinds of questions about what makes one person “good” and another not. What actions and decisions should and can be rewarded? And why? And how?

As for how the philosophically grounded afterlife fantasy-comedy is getting things so right? Part of the reason is that UCLA philosophy professor Pamela Hieronymi was an early consultant on the show.