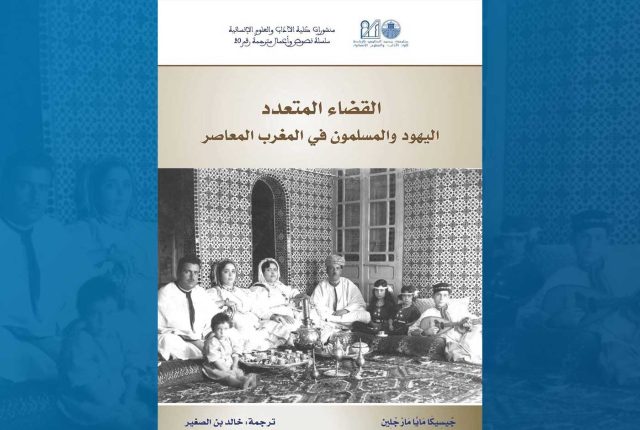 Moroccan Jewish studies is an emerging field that focuses on the history of Sephardic Jewish communities in Morocco. Following the final expulsion of Jews in 1492 and Moriscos (converted Muslims) in 1609 from the Iberian Peninsula, many went on to establish Sephardic communities in North Africa and the Ottoman Empire. Although there is considerable academic literature and studies about Sephardic communities of the Ottoman Empire, research about Jews who sought refuge in Morocco—especially in the cities of Tétouan, Tangier, Larache, Fez, Rabat, Safi and others—has only just begun.

Sarah Stein, the Sady and Ludwig Kahn Director of the Leve Center, and Aomar Boum, the Maurice Amado Chair in Sephardic Studies, have collaborated since 2015 with Dr. Khalid Ben-Srhir from the Université Mohammed V and the UIR to translate major publications into Arabic and French. Funds from the UIR pledge will be overseen by Boum, who has been instrumental in launching a Moroccan Jewish studies program at the Leve Center.

“This is an incredibly exciting time for Moroccan Jewish Studies at UCLA and the UIR,” said Boum, a professor in the departments of anthropology, of history and of Near Eastern languages and cultures as well as faculty fellow at the UIR. “Thanks to the UIR’s generosity and collaboration, we will continue to expand our translation project begun in 2015, securing the latest books in the field of Jewish Studies, history and anthropology and working with Moroccan scholars and translators to make this scholarship available to wider readerships.”

Over the past several years, the Leve Center has been building expertise in Moroccan Jewish Studies, capitalizing on its intellectual resources, research collaborations, and UCLA’s broader engagement with southern California’s sizable Moroccan Muslim and Moroccan Jewish émigré communities. The Leve Center has hosted numerous events and partnered with local community organizations as well as with academic and other organizations within Morocco.

Boum has also begun collaborating with graduate students and faculty in the UIR. He plans to organize a workshop on Sephardic themes, such as one exploring archives and manuscripts from North Africa, to be held in Morocco in spring 2023 in collaboration with the UIR.

Leve Center director Stein noted, “I celebrate the expansion of the ambitious project of translating English-language scholarship on Moroccan Jewish culture into Arabic, which my colleagues Aomar Boum and Khalid Ben-Shrihr began six years ago. Availing such scholarship to students and scholars in the Arabophone world will undoubtedly open important new avenues for scholarly and institutional collaborations on an international scale. The participation and support of the UIR is crucial to this project and a mark of the Leve Center’s growing, global reach.”

About the UCLA Alan D. Leve Center for Jewish Studies
Founded in 1994 and located in the global city of Los Angeles, the Alan D. Leve Center for Jewish Studies serves as the locus for research, teaching and civic engagement in Jewish studies at one of the world’s most prestigious research universities. It is dedicated to advancing scholarship in Jewish culture and history, educating the next generation about the role of Judaism in world civilization and serving as an exceptional public resource for Jewish life and learning.