Gift Establishes Lectureship in the Center for the Study of Religion 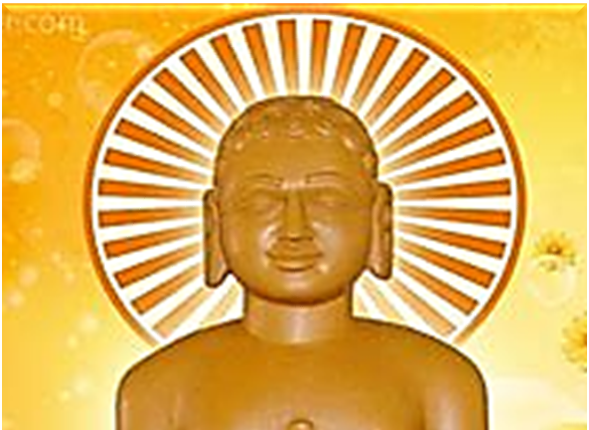 According to followers of the ancient Jain religion, Bhagwan Abhinandan-nath, the 4th Tirthankar/Ford Maker of Jain Dharma, was an apostle of unconditional nonviolence, peace, harmony, austerity, interdependence and co-existence with all species: human and non-human.

The Center for the Study of Religion in UCLA’s humanities division has received a landmark $150,000 commitment from 10 families in the Jain community to establish the Bhagawan Abhinandan Jain Lectureship in Jainism and Religions of India. The lectureship will be in place for three years and includes funds for course offerings and public programs.

Housed in the Center, which is an interdisciplinary hub for research, teaching and public programs in religious studies, the Jain lectureship will allow UCLA students to learn about Jainism and other ancient religions of India such as Hinduism and Sikhism.

Senior dean of UCLA College and dean of humanities David Schaberg said, “UCLA is committed to education and research that enhances tolerance, respect and worldwide understanding, and the study of religion is a key part of this. We are extremely grateful for this generous gift to establish the first lectureship of its kind at UCLA, one that further positions the university as a vibrant place for teaching about and researching the religions of India in all of their many and varied manifestations.”

Carol Bakhos, director of the Center for the Study of Religion and professor of Late Antique Judaism and Jewish Studies in the Department of Near Eastern Languages and Cultures said, “Throughout history, religion has been a source of inspiration, meaning and controversy in human culture—intertwined with foreign policy, politics, economics and social interactions. Knowledge of religion helps us make sense of world history and literature, current events and societal issues. This lectureship strengthens the Center’s mission to expand knowledge and public discourse regarding the place of religion in contemporary life.”

The families who contributed to the gift are Shirish and Harsha Desai, Mohini Jain, Surekha and Narendra Jain, Meera and Jasvant Modi, Sushama and Dilip Parekh, Kinna Gandhi and Nitin Shah, Sangita and Yogesh Shah, Swati and Rohak Vora, The Wadher Family Foundation, and one family who wished to remain anonymous.