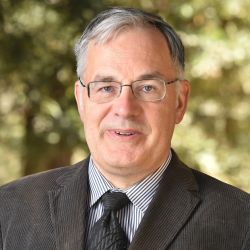 Lothar von Falkenhausen, Professor of Chinese Archaeology and Art History at UCLA and head of the East Asian Laboratory at UCLA’s Cotsen Institute of Archaeology, has been awarded a fellowship from the John Simon Guggenheim Memorial Foundation. The Foundation receives over 3,000 applicants annually for the coveted fellowship and this year, 168 fellowships were awarded.

As a Guggenheim Fellow, Falkenhausen plans to focus on writing a sequel to his book, Chinese Society in the Age of Confucius (1000-250 BC): The Archaeological Evidence (Cotsen Institute Press, 2006).

“The Guggenheim Fellowship is wonderful because it’s one of the only fellowships that doesn’t require you to travel. At this time in my life, it’s extremely valuable to have this time because I can really concentrate on my project and intensely examine the data to imagine it in a larger framework. I have accumulated a lot of research materials at home and I’m hoping to spend time here, undistracted, finishing my partially written book.”

While Chinese Society looked at archaeological records and traced the comprehensive transformation of Chinese society during the 1st millenium BCE, the sequel will be a monograph on the economy of continental East Asia during the eight centuries before the unification of China by the First Emperor of Qin in 221 BCE.

Judging from his previous book’s content and success, Falkenhausen believes that this sequel is exactly what the field needs. Instead of an all-consuming overview of the social, political, and economic history and transformation of China, this upcoming book will lay out archaeological materials currently in the field and where one can find them to encourage future work in recovering more evidence.

“While writing my previous book, I didn’t feel like there was enough economic evidence, but now, I have plenty for an intelligent argument. I’ve completed field work in China studying early salt production and the general history of economic exchange, particularly how different areas exchange products. This book will be a series of case studies that will help us better understand the crucial centuries before unification through archaeology.”

Falkenhausen’s interest in researching archaeology from the Chinese Bronze Age stemmed from an early interest in China growing up in Germany during China’s Cultural Revolution. After learning Chinese in high school, he attended the University of Bonn and received a fellowship to study in China, the only way to visit the country during this time.

As a Chinese Studies major studying abroad, Falkenhausen realized that he needed to narrow his studies to a more specific topic. He chose Chinese archaeology because it was an area that people knew the least about, and further narrowed it down to focus on the Bronze Age because it was the time period in which the basic foundations were set for classical Chinese civilization.

This decision to focus on Chinese archaeology was momentous because during the late 1970s, foreign students could now major in archaeology at a Chinese university. This made Falkenhausen one of the first students to partake in that field of study in China.

With this type of research comes a lot of challenging and rewarding moments. Falkenhausen notes that one of the most rewarding moments is when he can “draw on details from high-quality studies from his Chinese colleagues.” His current project, as well, will be an opportunity to introduce a large volume of cutting-edge scholarship in Chinese archaeology to a Western audience.

“Chinese archaeology is different than other fields of archaeology because all the action takes place in China with the leading scholars. In the U.S., we provide a tiny appendage. Our Chinese colleagues are kind to those who want to inform themselves about this area of study and while the Chinese are busy conducting their own research, this book is something that I can contribute to the field.”

One of the most challenging aspects is the process of sifting through evidence and determining what information needs to be extracted.

“Whether you’re conducting archaeological research in the form of fieldwork or working with evidence in publication, the data usually don’t tell us exactly what we want to know, and we have to search for all sorts of proxy evidence to answer our core questions. With all that, there is a certain amount of imagination that is needed. In the end, the most important thing is not how much you know, it’s your imagination. Your imagination is fed and improved with good quality data, but without imagination, the data are wasted.”

Fellowships like the Guggenheim are incredibly important for research because they allow scholars to take the time to distill data, compare sources, and synthesize the material. In doing so, it allows them to find out new information that may have previously been hidden or misunderstood. This valuable work leads other people to new insights and allows individuals to think in different ways.

As a member of the UCLA community for the past 26 years, Falkenhausen has been continuously amazed by UCLA’s archaeology department and its growth over the past few decades. Both the archaeology and art history departments have a long history of being open to non-European traditions.

“The UCLA Cotsen Institute of Archaeology is considered to be #1 in the United States. I believe this statement is justified because it is peerless and a leader in diversity and high quality research and training; the best you can get. Since the 1940s, UCLA has continued to excel in archaeology and art history, and UCLA grads are located all over the world doing incredible work.”

The Humanities Division would like to congratulate Professor von Falkenhausen on this impressive achievement and wish him the best of luck as he completes his second book.