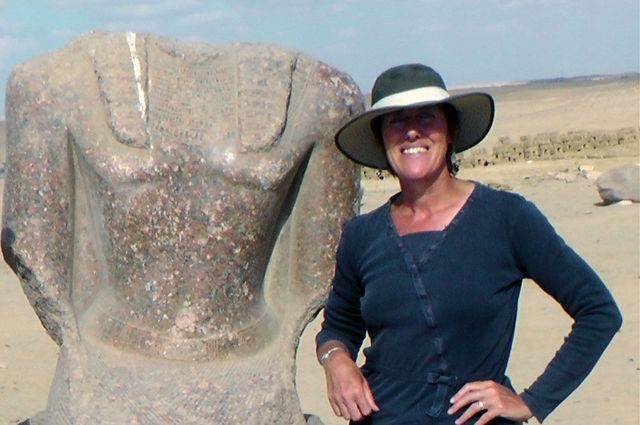 Willeke Wendrich, director of the Cotsen Institute of Archaeology at UCLA, has been elected to serve as President of the International Association of Egyptologists (IAE) for the next four years.

The IAE is a global organization of scholars and non-scholars alike who contribute to the field and study of Egyptology. Dr. Chris Naunton, the outgoing President, announced Wendrich as his successor at the 12th International Congress of Egyptologists (ICE), which met from Nov. 3–8 in Giza, Egypt. Held every four years, ICE is a unique opportunity for Egyptologists and others in the field from around the world to read and share their academic papers and research findings.

Wendrich, who also holds the Joan Silsbee Chair of African Cultural Archaeology and teaches for the Department of Near Eastern Languages and Cultures, received the nomination for president back in late July.

With more than 30 years of experience in archaeological excavation and fieldwork in Egypt, Wendrich has outlined her four-year plan for the association in a vision statement.

“[The IAE] has specific goals that have been defined by its statutes, but have not always been realized,” Wendrich said in her vision statement. “We can re-imagine the IAE, by broadening the core tasks, improving the communication, and providing reasons to be a member, beyond participation in the [International Congress of Egyptologists.]”

Wendrich is currently conducting a field work class and research. For more than ten years, she has worked for the Egyptian Ministry of Antiquities to conduct archaeological field schools. In addition to being editor-in-chief of the UCLA Encyclopedia of Egyptology, Wendrich is a co-principal investigator of the Ancient Egyptian Architecture Online project and director of the Digital Karnak Project.