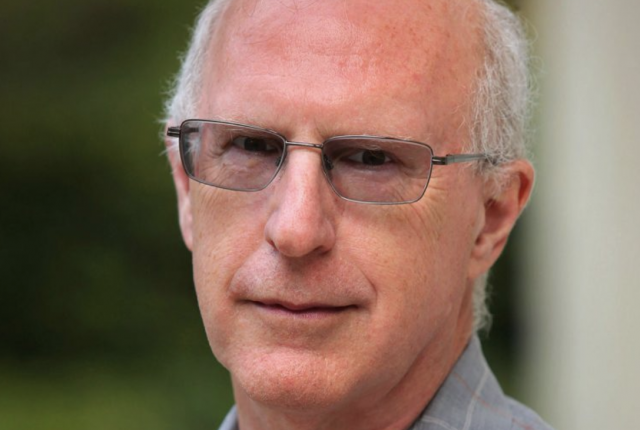 With many of us now living under government-issued stay-at-home or shelter-in-place orders, Raymond Knapp is taking a musical approach towards how people are coping.

Knapp is the Academic Associate Dean at the UCLA Herb Alpert School of Music and a distinguished musicology professor. He also serves as the Director of the UCLA Center for Musical Humanities, and is among the many UCLA faculty members teaching a Spring 2020 COVID-19 Fiat Lux seminar.

Knapp’s Fiat Lux seminar, titled “COVID-19: Inspirational Songs from Musicals in a Time of Crisis,” focuses on how many turn to songs from musicals during difficult times, oftentimes irrespective of the song’s context.

“It’s not [about] the importance of any particular musical, but the importance of individual songs within musicals that we attach ourselves to,” Knapp said. “And we do that even though the songs themselves sometimes are different from the musical itself, [and make] a different kind of point for us or meaning for us.”

The seminar covers songs from Broadway musicals such as “The Sound of Music” and “Les Misérables,” each varying in the musical and its characters’ own crises. These songs, like “Do You Hear the People Sing,” demonstrate the power of music to evoke a sense of community amongst people who face a shared conflict.

Knapp has also revised the curriculum to include the recent “Take Me to the World: a Sondheim 90th Birthday Celebration.” Featuring many of Broadway’s most famous and talented performers, the concert pays tribute to the many wonderful compositions of Stephen Sondheim, even several individual songs from some of his more obscure musicals that aren’t as familiar to the public.

“This capacity of Broadway songs to mean something for people by being pulled out of their contexts—not fully—but we’re invited to think of [these songs] in isolation.”

Knapp had each student pick their two favorite songs from the Sondheim special and found that each song was never picked by more than two students.

“That’s an amazing spread,” Knapp said. “They’re not sort of rallying around like one song matters more than others. They’re finding reasons for particular songs to resonate.”

The recent transition into online instruction has posed unique challenges, but Knapp hopes to build real connections with his students despite the lack of in-person teaching.

“It’s the hardest time I’ve had with a Fiat Lux,” Knapp said, “and it ended up being the most meaningful.”

Read about how artists have responded to crises throughout history and how seminars outside of the Humanities are helping students gain a global perspective on COVID-19.