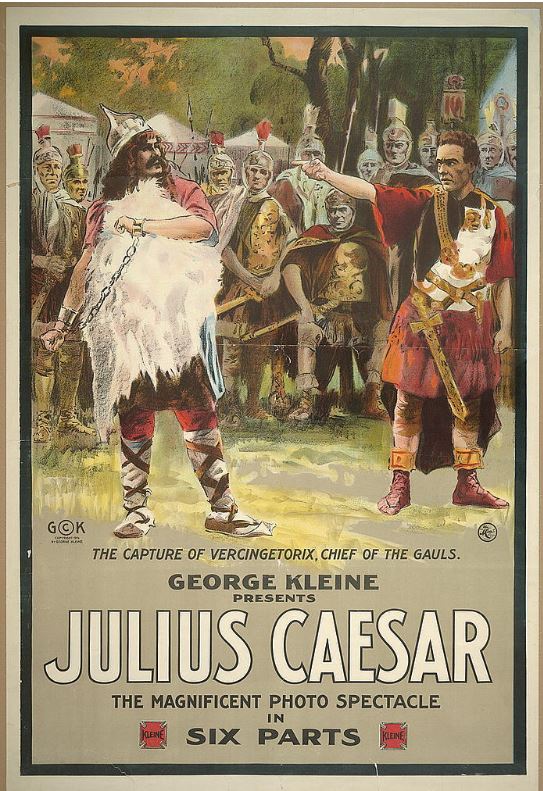 The medium of the moving image started out as part of variety programmes and women often appeared in it advertising to men the pleasures of the new technology. However cinema soon began to give greater agency to women including in its reconstructions of the Roman world. Storylines gave women larger roles than those in the primary sources. Visual perspective, words and accompanying music worked to colour women’s stories in empathetic terms, from empresses to slaves. This lecture will explore some of those strategies for feminising Roman history and some of the reasons why they were developed.

Audio / Visual Romans II
Friday April 21st 2023
Film Screening with Live Accompaniment and Original Score by Michele Sganga
Cajus Julius Caesar, 1914. Directed by Enrico Guazzoni
A live screening at UCLA’s James Bridges Theater of the rarely seen yet remarkable Italian silent feature film Cajus Julius Caesar (1914, dir. Enrico Guazzoni) brought over especially from the archives of the Netherlands Film Institute and accompanied by an original score composed for the occasion by the noted concert pianist and composer Michele Sganga. Caesar’s life is presented in three movements: first romantic melodrama (his secret love for the beautiful Servilia); then triumph (his victory in Gaul); finally tragedy (death at the hands of his friends).
The screening will be followed by a Q&A with Maria Wyke and Michele Sganga.