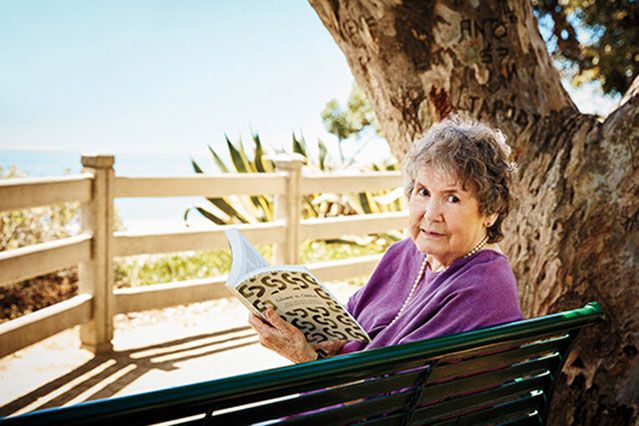 Author, critic and UCLA emerita English professor Carolyn See, 82, died July 13 in Santa Monica as a result of congestive heart failure. Among her 10 books are a critically acclaimed memoir, “Dreaming: Hard Luck and Good Times in America,” the nonfiction primer “Making a Literary Life” and the novels “There Will Never Be Another You,” “Golden Days” and “The Handyman.” A longtime book critic, she wrote regular reviews for the Los Angeles Times and New York Newsday. Her reviews appeared in the Washington Post every week for 27 years.

See was born in Pasadena, California, to Kate Louise Sullivan and George Laws on January 13, 1934. See’s father was a would-be novelist and sometime journalist, who gave her the Horatio Hornblower books to read when she was 8 so that she wouldn’t later get stuck in the nautical details of “Moby Dick.”  She spent her early years in Eagle Rock, California. Her parents divorced when she was 11 and she was raised by her mother, whom See described as an alcoholic with an “even temper. Evenly bad.”

Article can be found here