Optopia: From Fiction to Action on Climate Change 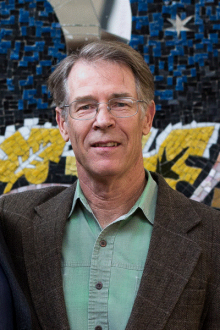 Kim Stanley Robinson is an American science fiction writer. He is the author of more than 20 books, including the internationally bestselling Mars trilogy, and more recently The Ministry for the Future, Red Moon, New York 2140, Aurora, Shaman, Green Earth, and 2312. In 1995, he was sent to the Antarctic by the U.S. National Science Foundation’s Antarctic Artists and Writers Program, and he returned in 2016 as part of their Antarctic media program. In 2008, he was named a “Hero of the Environment” by Time magazine. He works with the Sierra Nevada Research Institute, the Clarion Writers’ Workshop, and UC San Diego’s Arthur C. Clarke Center for Human Imagination. His work has been translated into 25 languages and has won a dozen awards in five countries, including the Hugo, Nebula, Locus, and World Fantasy awards. In 2016, asteroid 72432 was named “Kimrobinson.” 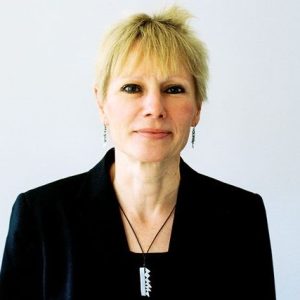 Ursula K. Heise is Chair of the Department of English and Director of LENS, the Lab for Environmental Narrative Strategies, at the Institute of the Environment and Sustainability at UCLA. She is a 2011 Guggenheim Fellow and former President of the Association for the Study of Literature and the Environment. Her research and teaching focus on contemporary literature; environmental culture in the Americas, Western Europe, and Japan; narrative theory; media theory; literature and science; and science fiction. Her most recent book is Imagining Extinction: The Cultural Meanings of Endangered Species (University of Chicago Press, 2016). Heise is the managing editor of Futures of Comparative Literature: The ACLA Report on the State of the Discipline (Routledge, 2016), and co-editor, with Jon Christensen and Michelle Niemann, of The Routledge Companion to the Environmental Humanities (2016). She wrote and produced Urban Ark Los Angeles for the public TV station KCET, a short documentary film about the red-crowned parrots of East Los Angeles. Detailed information about her publications, upcoming lectures, and courses can be found on her website, www.uheise.net.