Skip to main content
Home » Faculty / Department » ‘We the Animals’ Author Justin Torres: Latinos are ‘dehumanized,’ but Literature is an Antidote

‘We the Animals’ Author Justin Torres: Latinos are ‘dehumanized,’ but Literature is an Antidote 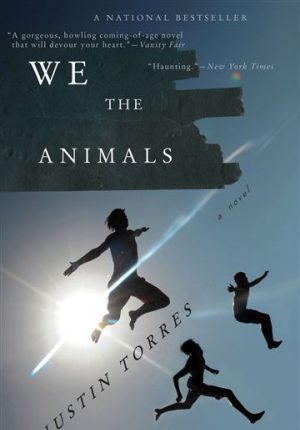 by Rigoberto González / Aug.17.2018 / 5:10 AM ET
NBC News
Justin Torres took the literary world by storm in 2011 with the publication of his novel We the Animals, which became a national bestseller and was eventually translated into 15 languages. Seven years after its release, the novel has been adapted into a feature filmdirected by Jeremiah Zagar. It was recently awarded the Next Innovator Prize at the Sundance Film Festival and is scheduled to appear in theaters on August 17.The novel, which takes place in upstate New York, follows three brothers as they navigate childhood in an impoverished household that’s also burdened by the volatile marriage of their parents, a Puerto Rican father and a white mother.
The youngest son, the most vulnerable and sensitive of the brothers, begins to stray from the close-knit trio in order to seek answers about his budding sexuality, forcing the entire family to confront the boys’ unconventional—and sometimes magical—but dysfunctional upbringing.
Torres continued to add to his extensive list of literary accolades, which included an NEA grant, A USA Rolón fellowship, and the VCU Cabell First Novelist Award.
We spoke briefly with Torres, who is currently an assistant professor of English at UCLA, about the state of Latino literature, his current role as an academic, and the excitement around the film version of his beloved debut novel.
Full Article Can Be Found Here