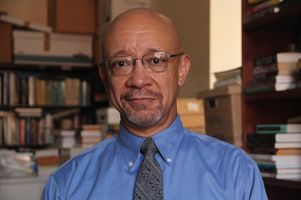 Professor of English Richard Yarborough is the recipient of the 2016 Darwin T. Turner Distinguished Scholar Award from the African American Literature and Culture Society. The society recognizes outstanding achievements and scholars to encourage dialogue, scholarly publications and projects devoted to the study of African American literature and culture.

Yarborough teaches African American literature and 19th and 20th century American fiction, and his scholarly work has been published extensively. He was a founder of respected “The Library of Black Literature” reprint series at Northeastern University Press, now published by the University Press of New England.