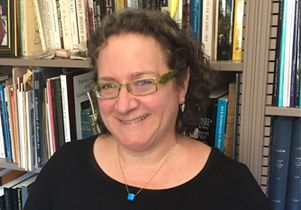 The annual award is given by the Anglo-Hellenic League in London to recognize the best book focused on Greek or Hellenic culture. Gerstel received the award, which included a prize of £9,000, during a ceremony on June 14 at the organization’s Hellenic Centre. The award, which is named in honor of the life and legacy of Sir Steven Runciman, a leading scholar of Byzantine art, is sponsored by the Bank of Greece.