Works-in-Progress session: “Regency Noir: Romance, Race, and the Rise of ‘The Woman of Colour’” 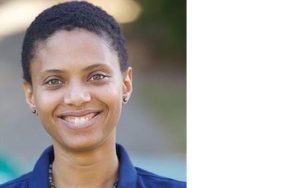 This talk reimagines the term “Regency Noir” as encompassing two different strands of Regency romance-inspired narratives which foreground Black characters. The first strand of Regency Noir follows historical events, while the second strand presents alternative history storylines. An example of the first type is Vanessa Riley’s novel Island Queen (2021), based on the life of Dorothy Kirwan Thomas, a free woman of color, while Shondaland’s Bridgerton series (2020– ), adapted from Julia Quinn’s romances, represents the second type. The term “Regency Noir” is examined within the recent outgrowth of scholarship on the anonymous novel The Woman of Colour (1808). In The Woman of Colour, the mixed-race Jamaican-born heroine Olivia Fairfield, following the wishes of her deceased white planter father, travels to England to marry her cousin Augustus Merton. The novel, published a year after the passage of the Abolition of the Slave Trade Act, looks towards ameliorating the condition of those still enslaved in British colonies. At the end of novel, Olivia returns to Jamaica, unmarried, but not unfulfilled. She seeks to educate those who are enslaved and she desires the end of slavery. By situating recent (re)tellings of Black women’s lives in Regency-era Britain against the background of The Woman of Colour, we see how today’s scholarship (for example, the “critical fabulation” of Saidiya Hartman or “reading along the bias grain” in Marisa Fuentes’ words) has informed the work of Vanessa Riley and Shonda Rhimes. At the same time, the session considers how scholars of the period may learn from the reimagined and alternative histories presented in Island Queen and Bridgerton.

Leigh-Michil George (she/her/hers) teaches in the English Department at Geffen Academy. She received her B.A. in Art History from Georgian Court University, her M.F.A. in Screenwriting from American Film Institute, and her Ph.D. in English from UCLA. Her current book project focuses on representations of sensibility and laughter in caricature and the novel in the long eighteenth century. Her research has been supported by the Clark Memorial Library, the Lewis Walpole Library, and the Huntington Library.