Victorian Apocalypse: The siècle at its fin, Conference 1: Decadence/Degeneration/Disease 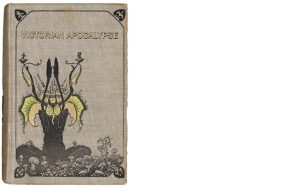 During  the 2021–22 academic year, the  UCLA Center for 17th– & 18th-Century Studies and William Andrews Clark Memorial Library  will host the Core  Program entitled “Victorian Apocalypse: The  siècle  at its  fin.”  This  program of lectures and presentations aims to reassess the ways in which  the 1890s as an era has strong associations with theories of decadence, degeneration, and disease. “Victorian Apocalypse” will  draw attention  to  the significance of UCLA’s unrivaled collections relating to the 1890s, especially the life and work of Oscar Wilde, which are held in the  Clark Library collections.

On April 6, 1895, the day after Oscar Wilde was arrested for committing acts of gross indecency with other men, the National Observer thanked the Marquess of Queensberry for destroying “the High Priest of the Decadents.” Wilde’s imprisonment marked not only one of the most prominent episodes that brought the supposed immorality of fashionable Decadence to public attention; his case was also surrounded by emergent discourses of degeneration, ones that viewed his homosexuality as a pathology that was a clear symptom that Western culture was caught in a sexual and racial downward spiral.

This first conference will bring together cultural critics and historians of science and medicine to explore the ways in which the 1890s and turn-of-the-century witnessed in both Europe and North America a turbulent series of fears and fascinations with social types whose ethnic and erotic identities conveyed the idea of a maladie du siècle. This was a period when the Decadent movement in the arts was not uncommonly criticized through metaphors condemning its leprous properties, and when new understandings of bacteriology, epidemiology, tropical medicine, and infectious disease were being undertaken. Further, as several recent critics have acknowledged, the emergence of a seemingly disease-ridden Decadence bore certain degenerate qualities that created the conditions for an identifiable Modernism to emerge in the years leading up to the Great War.

This is a two day conference. Visit the event website for the program schedule.