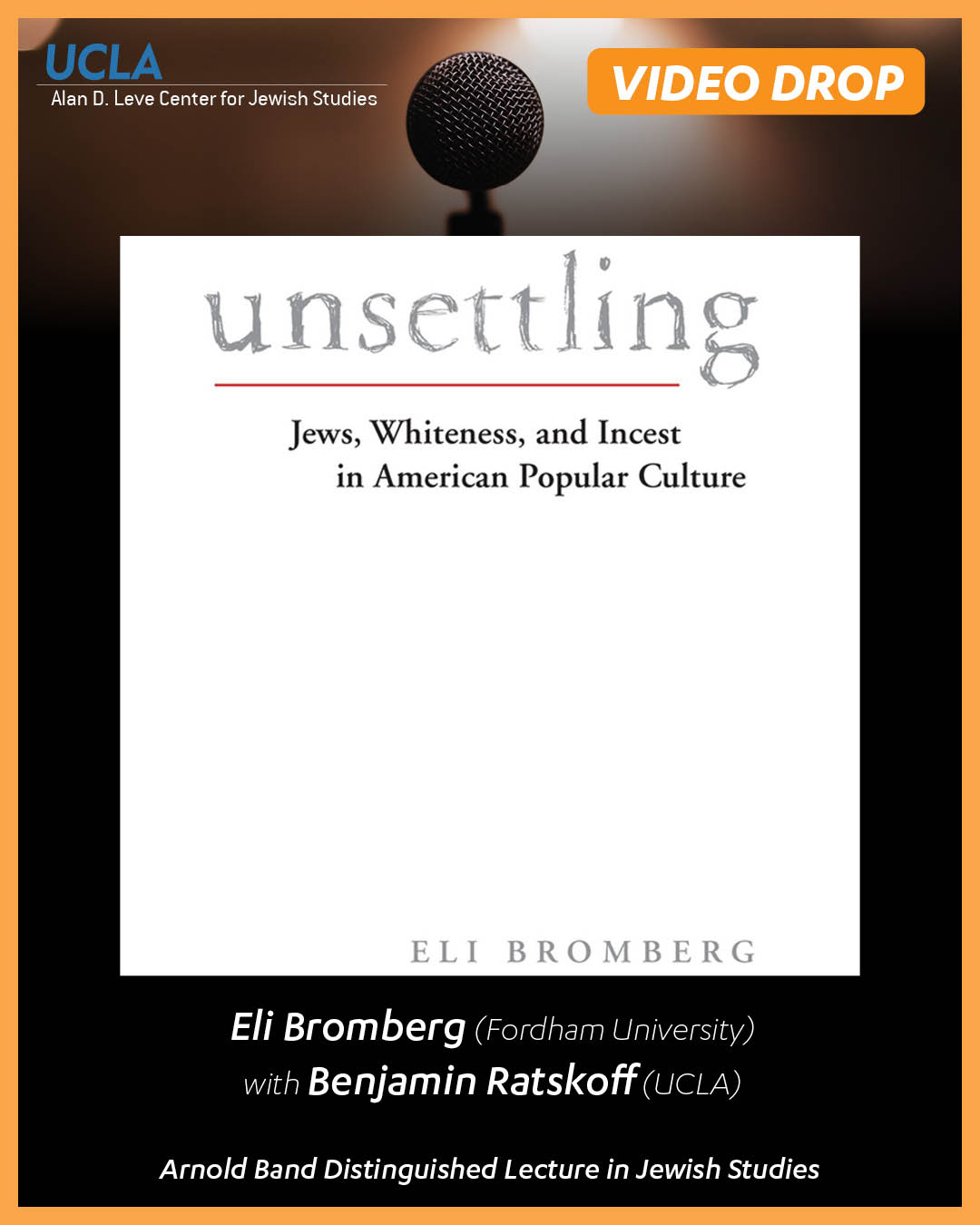 Eli Bromberg will discuss his book, Unsettling, which analyzes how various media told stories about Jewish celebrities and incest in the 1990s, illustrating how Jewish community protective politics impacted the representation of white Jewish masculinity. In chapters centered around Roseanne Barr, Woody Allen, and Henry Roth, Unsettling reveals how film, TV, and literature have helped displace once prevalent antisemitic stereotypes onto those who are non-Jewish, nonwhite, and poor. In considering how whiteness functions for an ethnoreligious group with historic vulnerability to incest stereotype as well as contemporary white privilege, Bromberg’s book demonstrates how white Jewish men accused of incest, and even those who defiantly confess it, became improbably sympathetic figures representing supposed white male vulnerability.

Eli Bromberg completed his PhD in English and American Studies at the University of Massachusetts Amherst in 2017. His research and teaching interests include Jewish American popular culture, sexual antisemitism, Jewish American literature, and incest studies. He has taught at Fordham University, the University of Hartford, Hofstra University, Mount Holyoke College, and UMass, and has been published in The Forward, In geveb, Shofar, and Studies in American Jewish Literature.