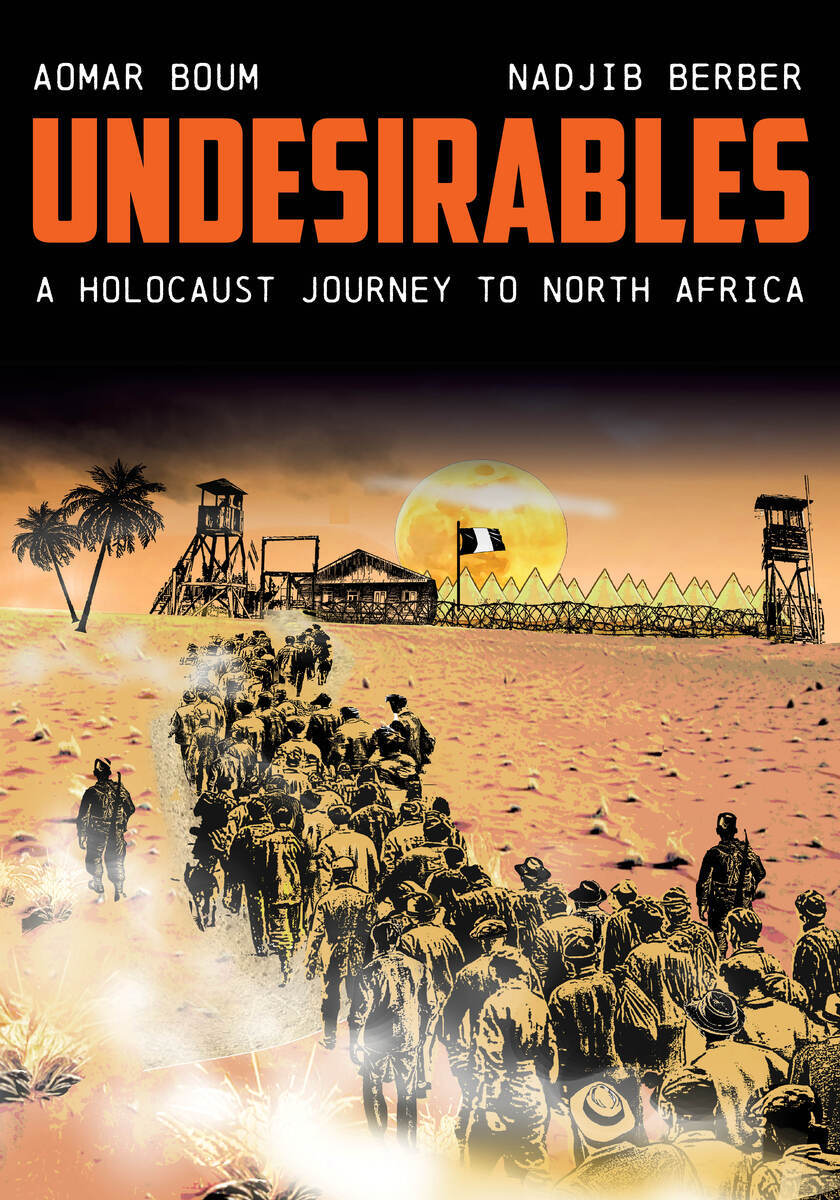 In this gripping graphic novel, a Jewish journalist encounters an extension of the horrors of the Holocaust in North Africa. In the lead-up to World War II, the rising tide of fascism and antisemitism in Europe foreshadowed Hitler’s genocidal campaign against Jews. But the horrors of the Holocaust were not limited to the concentration camps of Europe: antisemitic terror spread through Vichy French imperial channels to France’s colonies in North Africa, where in the forced labor camps of Algeria and Morocco, Jews and other “undesirables” faced brutal conditions and struggled to survive in an unforgiving landscape quite unlike Europe. In this richly historical graphic novel, historian Aomar Boum and illustrator Nadjib Berber take us inside this lesser-known side of the traumas wrought by the Holocaust by following one man’s journey as a Holocaust refugee.

Hans Frank is a Jewish journalist covering politics in Berlin, who grows increasingly uneasy as he witnesses the Nazi Party consolidate power and decides to flee Germany. Through connections with a transnational network of activists organizing against fascism and anti-Semitism, Hans ultimately lands in French Algeria, where days after his arrival, the Vichy regime designates all foreign Jews as “undesirables” and calls for their internment. On his way to Morocco, he is detained by Vichy authorities and interned first at Le Vernet, then later transported to different camps in the deserts of Morocco and Algeria. With memories of his former life as a political journalist receding like a dream, Hans spends the next year and a half in forced labor camps, hearing the stories of others whose lives have been upended by violence and war.

Through bold, historically inflected illustrations that convey the tension of the coming war and the grimness of the Vichy camps, Aomar Boum and Nadjib Berber capture the experiences of thousands of refugees through the fictional Hans, chronicling how the traumas of the Holocaust extended far beyond the borders of Europe.

Aomar Boum is Maurice Amado Chair in Sephardic Studies in the Departments of Anthropology, Near Eastern Languages and Cultures, and History at the University of California, Los Angeles.