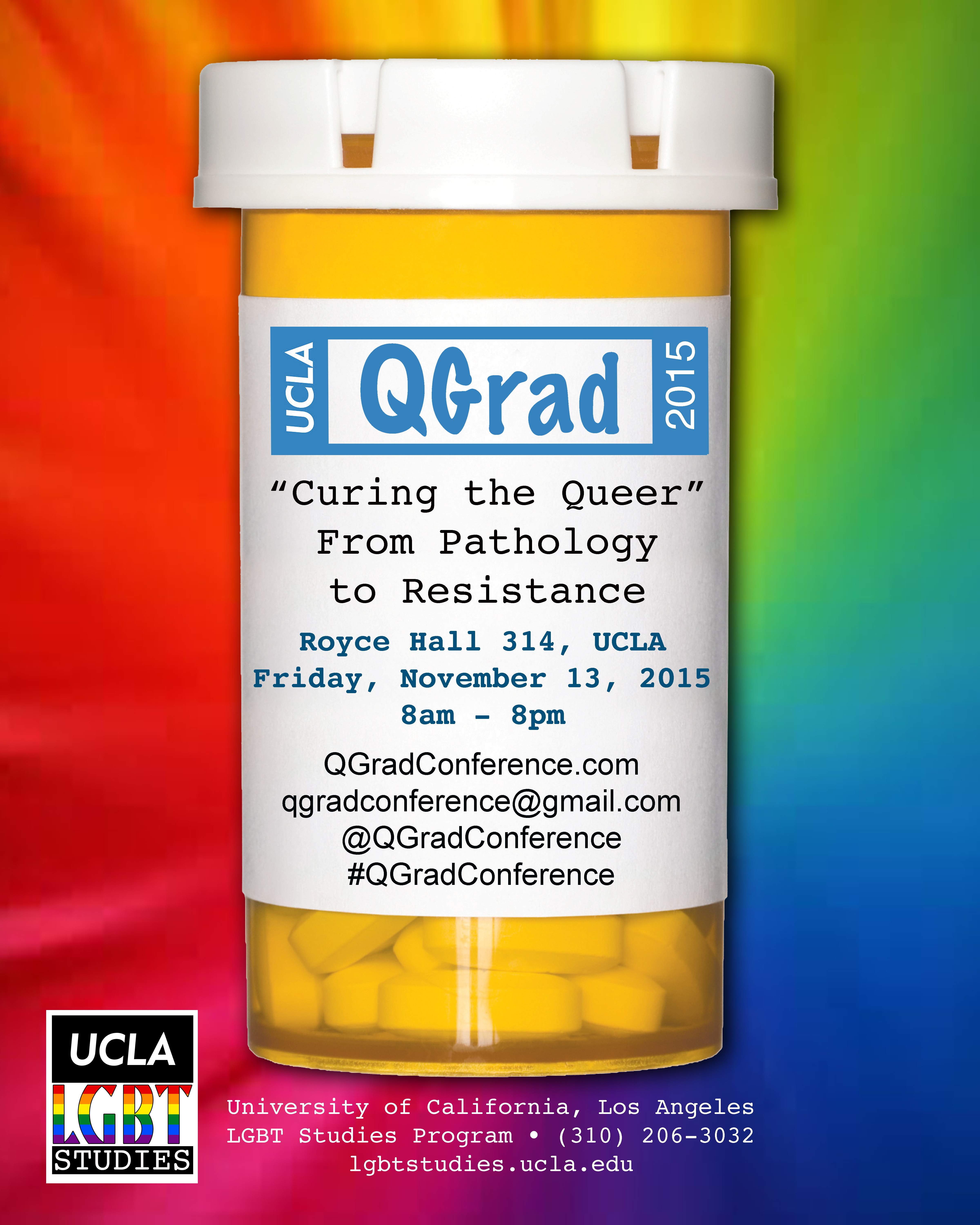 In April 2015, President Obama called for an end to conversion therapies for LGBTQ youth. Although California, Massachusetts, and Washington, D.C. are the only states/districts that have banned conversion therapies, these “treatments” are nonetheless practiced across the United States. QGrad 2015’s theme, “‘Curing’ the Queer: From Pathology to Resistance,” opens up a critical discussion on the (re)emergence of homo/queer/transphobic culture under the guise of religious or medical restorative therapies and other queerphobic practices.