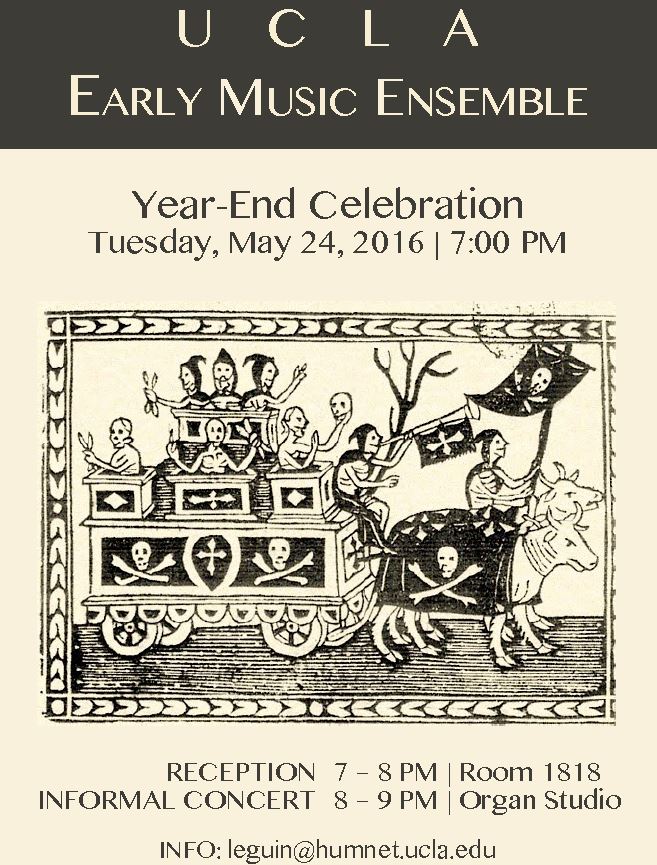 The UCLA Early Music Ensemble invites you to our final public event of the 2015-16 academic year.

On Tuesday night, 24 May, at 7 PM we will host a reception in Room 1818, Schoenberg Music Building. It will be followed by an informal concert presentation in the Organ Studio at 8 PM.

At the reception Early Music Director, Dr. Elisabeth Le Guin will speak briefly about the ensemble’s development since 2009, when it was reconstituted as a standing ensemble, and make some announcements about next year, and about her hopes for the EME’s future within the newly constituted School of Music.

At the concert, ensemble members will present some of the music they themselves chose to work on this quarter: pieces by Bach, Pergolesi, Falconieri, Byrd, Vivaldi, Leclair, and Carro della morte, a cheerful anonymous 15th-century processional song about the certainty of death.