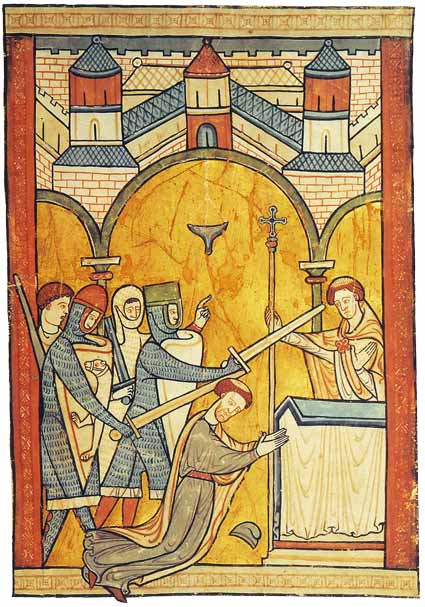 Leena Löfstedt (University of Helsinki and CMRS Associate) relates how the Becket controversy and murder in the cathedral coincide with the introduction in England of Gratian’s newly compiled Decretum. Her paper examines the complex relationship of King Henry II and Archbishop Thomas Becket using twelfth-century Gratian-related material: an Old French translation of the Decretum, a Latin Decretum-manuscript from 1170-1180 including marginalia, French and Latin texts of Thomas Becket’s letters sent in 1166. Unafraid of each other, the former friends represent two opposite legal systems and fight fiercely for what they consider to be right. As the former chancellor, Thomas Becket may understand the king’s position; this paper argues that he also tries to make the king understand the Church’s side in the conflict. The hatred between Henry II and Thomas Becket seems to be a fiction created and perpetrated by the intrigues of courtesans and clergymen around them. Thomas Becket’s real enemies were more likely to come from among his colleagues to whom this paper attributes a hitherto unnoticed crime.