The Problems of Genocide Permanent Security and the Language of Transgression – A. Dirk Moses 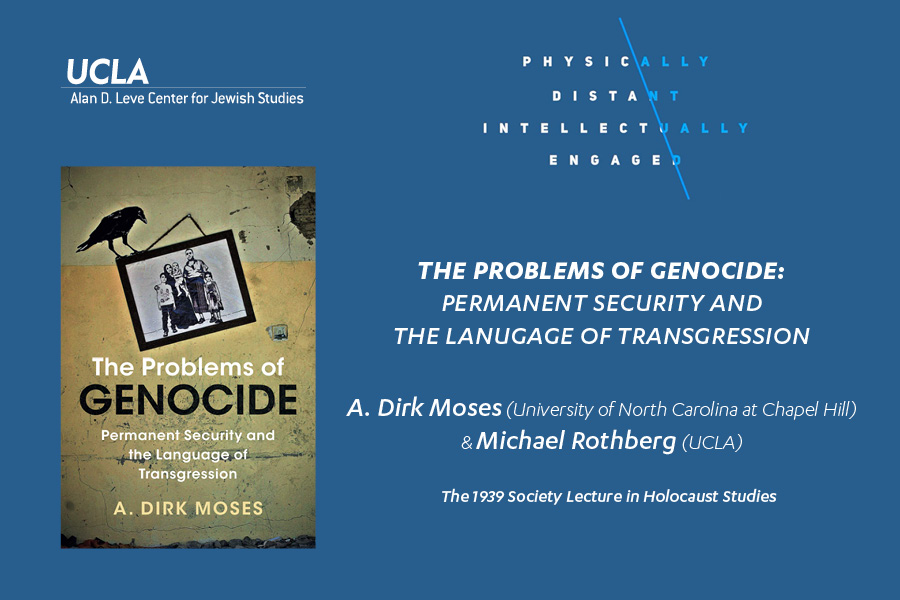 https://youtu.be/3CObIAEB2h4
“The Problems of Genocide Permanent Security and the Language of Transgression” available now – Amazon link: https://www.amazon.com/dp/1107503124/…
The 1939 Society Lecture in Holocaust Studies
A. Dirk Moses (UNC at Chapel Hill) with Michael Rothberg (UCLA)  Genocide is not only a problem of mass death, but also of how, as a relatively new idea and law, it organizes and distorts thinking about civilian destruction. Taking the normative perspective of civilian immunity from military attack, A. Dirk Moses argues that the implicit hierarchy of international criminal law, atop which sits genocide as the ‘crime of crimes’, blinds us to other types of humanly caused civilian death, like bombing cities, and the ‘collateral damage’ of missile and drone strikes. Talk of genocide, then, can function ideologically to detract from systematic violence against civilians perpetrated by governments of all types. The Problems of Genocide contends that this violence is the consequence of ‘permanent security’ imperatives: the striving of states, and armed groups seeking to found states, to make themselves invulnerable to threats.
A. Dirk Moses is Frank Porter Graham Distinguished Professor of Global Human Rights History at the University of North Carolina at Chapel Hill since July 2020. His first book was German Intellectuals and the Nazi Past (2007), and since then written extensively about genocide and global history. Recent anthologies include Postcolonial Conflict and the Question of Genocide: The Nigeria-Biafra War, 1967–1970 (2018), The Holocaust in Greece (2018), and Decolonization, Self-Determination, and the Rise of Global Human Rights Politics (2020). His latest book, The Problems of Genocide: Permanent Security and the Language of Transgression appeared in February 2021.
+ Google Calendar+ Add to iCalendar