Skip to main content
Home » Events » UCLA Alan D. Leve Center for Jewish Studies » The Monster at the Heart of our Galaxy (From the Possibility to the Certainty of a Supermassive Black Hole) 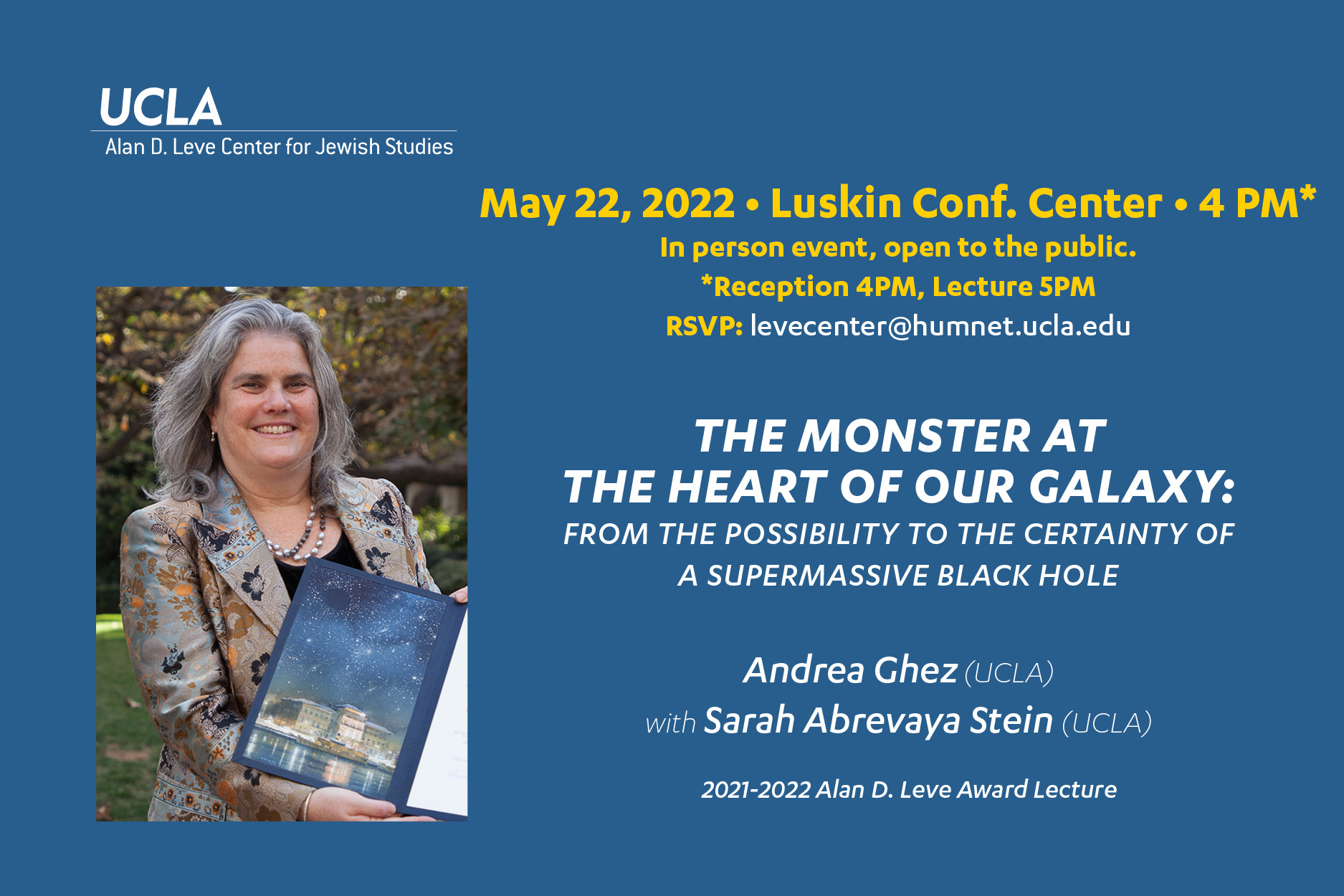 Learn about new developments in the study of supermassive black holes. Through the capture and analysis of twenty years of high-resolution imaging, the UCLA Galactic Center Group has moved the case for a supermassive black hole at the center of our galaxy from a possibility to a certainty and provided the best evidence to date for the existence of these truly exotic objects.  This was made possible with the first measurements of stellar orbits around a galactic nucleus. Further advances in state-of-the-art of high-resolution imaging technology on the world’s largest telescopes have greatly expanded the power of using stellar orbits to study black holes. Recent observations have revealed an environment around the black hole that is quite unexpected (young stars where there should be none; a lack of old stars where there should be many; and a puzzling new class of objects). Continued measurements of the motions of stars have solved many of the puzzles posed by these perplexing populations of stars. This work is providing insight into how black holes grow and the role that they play in regulating the growth of their host galaxies.  Measurements this past year of stellar orbits at the Galactic Center have provided new insight on how gravity works near a supermassive hole, a new and unexplored regime for this fundamental force of nature.

Andrea M. Ghez, professor of Physics & Astronomy and Lauren B. Leichtman & Arthur E. Levine chair in Astrophysics, is one of the world’s leading experts in observational astrophysics and heads UCLA’s Galactic Center Group. Best known for her ground-breaking work on the center of our Galaxy, which has led to the best evidence to date for the existence of supermassive black holes, she has received numerous honors and awards including  the Nobel Prize in 2020, she became the fourth woman to be awarded the Nobel Prize in Physics, sharing one half of the prize with Reinhard Genzel (the other half of the prize being awarded to Roger Penrose). The Nobel Prize was awarded to Ghez and Genzel for their Independent discovery of a supermassive compact object, now generally recognized to be a black hole, in the Milky Way’s galactic center, the Crafoord Prize in Astronomy from the Royal Swedish Academy of Science (she is the first woman to receive a Crafoord prize in any field), Bakerian Medal from the Royal Society of London, a MacArthur Fellowship, election to the National Academy of Sciences, the American Academy of Arts & Sciences, and the American Philosophical Society.

Her work on the orbits of stars at the center of the Milky Way has opened a new approach to studying black holes and her group is currently focused on using this approach to understand the physics of gravity near a black hole and the role that black holes plays in the formation and evolution of galaxies.

Advances in high resolution imaging technology enabled Ghez’s work and her group continues to work on pushing the frontiers of these technologies forward.   She serves on several leadership committees for the W. M. Keck Observatory, which hosts the largest telescopes in the world, and the future Thirty Meter Telescope.

Ghez is also very committed to the communication of science to the general public and inspiring young girls into science. Her work can be found in many public outlets including TED, NOVA’s Monster of the Milky Way, Discovery’s Swallowed by a Black Hole, TED, and Griffith Observatory.