The Money Launderer’s Daughter: A Sephardic Woman and a Slave Rumor in the Early Modern Mediterranean 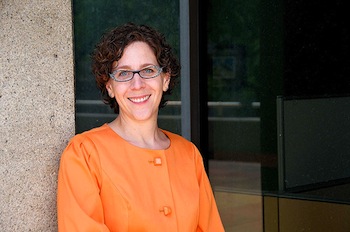 This is a talk about a pregnant, Arabic-speaking girl from Tunis forcibly converted to Catholicism at Marseille’s main cathedral. Her travels and travails – which feature three years in Algerian captivity provide a map for discovering otherwise hidden communication patterns, social connections and religious-political concerns, notably the conquest of Jewish and Muslim, as well as Protestant, souls for France’s “Most Christian King.”

About the Speaker: Gillian Weiss is an associate professor of history at Case Western Reserve University in Cleveland. A scholar of France and the Mediterranean world during the sixteenth, seventeenth and eighteenth centuries, she is the author of Captives and Corsairs: France and Slavery in the Early Modern Mediterranean (Stanford University Press, 2011), translated into French (Anacharsis, 2014). She recently co-edited a special issue of French History with Megan Armstrong on “France and the Early Modern Mediterranean” and is currently writing a book entitled Slavery and the Sun King.