The Implicated Subject: Beyond Victims and Perpetrators 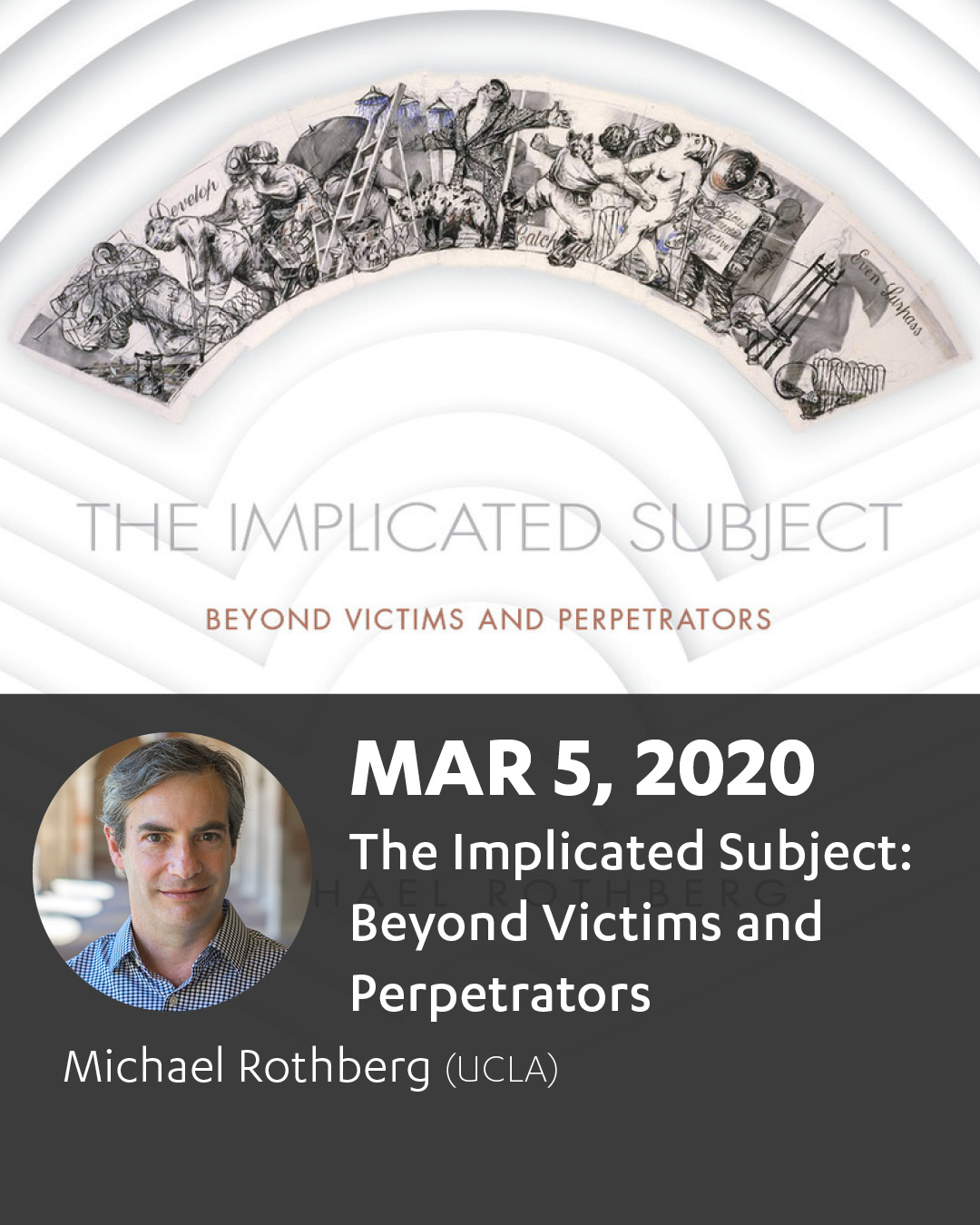 When it comes to historical violence and contemporary inequality, none of us are completely innocent. We may not be direct agents of harm, but we may still contribute to, inhabit, or benefit from regimes of domination that we neither set up nor control. Arguing that the familiar categories of victim, perpetrator, and bystander do not adequately account for our connection to injustices past and present, Michael Rothberg offers a new theory of political responsibility through the figure of the implicated subject. The Implicated Subject builds on the comparative, transnational framework of Rothberg’s influential work on memory to engage in reflection and analysis of cultural texts, archives, and activist movements from such contested zones as transitional South Africa, contemporary Israel/Palestine, post-Holocaust Europe, and a transatlantic realm marked by the afterlives of slavery. As these diverse sites of inquiry indicate, the processes and histories illuminated by implicated subjectivity are legion in our interconnected world. An array of globally prominent artists, writers, and thinkers—from William Kentridge, Hito Steyerl, and Jamaica Kincaid, to Hannah Arendt, Primo Levi, Judith Butler and the Combahee River Collective—speak to this interconnection and show how confronting our own implication in difficult histories can lead to new forms of internationalism and long-distance solidarity.

Michael Rothberg is The 1939 Society Samuel Goetz Chair in Holocaust Studies and Professor of English and Comparative Literature at the University of California, Los Angeles. His latest book is The Implicated Subject: Beyond Victims and Perpetrators (2019), which is being published by Stanford University Press in their “Cultural Memory in the Present” series. Previous books include Multidirectional Memory: Remembering the Holocaust in the Age of Decolonization (2009), Traumatic Realism: The Demands of Holocaust Representation (2000), and, co-edited with Neil Levi, The Holocaust: Theoretical Readings (2003). With Yasemin Yildiz, he is currently completing Inheritance Trouble: Migrant Archives of Holocaust Remembrance for Fordham University Press.

The Sady and Ludwig Kahn Chair in Jewish History

The UCLA Department of History

The UCLA Department of Comparative Literature

The UCLA Department of English

The UCLA Department of Germanic Languages