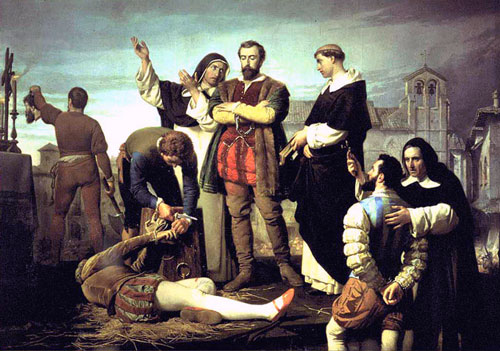 The Later Middle Ages are known as a time of violent outbursts of rebellion and repression. Recent historiography, however, has shown that both violent conflict and peaceful resistance were intrinsic parts of daily life in Late Medieval towns in the Kingdom of Castile. Subversive speech and petitioning were used by subjects with the aim of modifying political practices and structures. This talk by CMRS Distinguished Visiting Scholar Jesús Solórzano Telechea (Senior Lecturer, Medieval History, University of Cantabria) will explain how petitions by commoners in Northern Spain could be quite successful since they were supported by the monarchs. This process was different from that in other cities in the Kingdom of Castile where the commoners’ political requests and conflicts with urban oligarchies ended in a great revolt, the “Revolt of the Commoners,” in 1520-21.