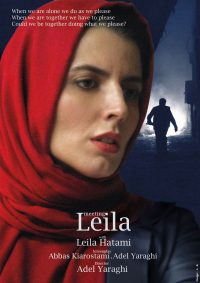 A lecture in Persian by Kamran Talattof (University of Arizona). October 8, 2017.

The history of Iranian cinema adequately reflects the construction of gender in Iran. But the expression of sexuality is a problematic notion on a number of levels. In western societies, the preoccupation with human sexuality prompted reflection about human physiology, gender identity, and ethical considerations, resulting in the perception of sex as ontologically separate from mere reproduction, eventually facilitating sexual expression. In traditional segments of Iranian society, sex outside of marriage for women was deemed synonymous with sin. Analyzing movies from the pre- and post-revolutionary eras, a case is made that Iranian cinema, albeit tributary to socio-political tribulations, has also been a major agent for change, and partially responsible for the reification of gender and sexuality as central points of contention among different social players in Iran. Whereas in the pre-revolutionary period, the presentation of the feminine, the female body, and sexuality was linked to a greater westernization project, and resulted in a backlash in more traditional segments of society, in the revolutionary era, those representations were confronted with the new Islamic codes of morality, which all filmmakers were forced to respect.