Skip to main content
Home » Events » Center for Study of Religion » Scroll Down: Classical Jewish Texts, from Parchment to Internet

Scroll Down: Classical Jewish Texts, from Parchment to Internet 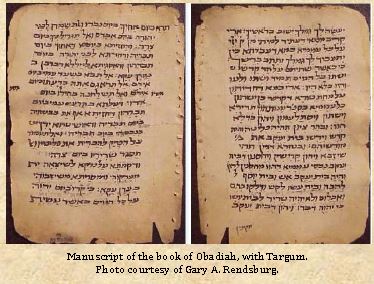 Over the course of more than two millennia, Jewish texts have transitioned from scroll to codex to book – and now to the digital age. This talk will survey the classical Jewish sources (Bible, Mishnah, Talmud, Siddur, Haggadah, etc.) from before the age of printing, now available on the internet for the public at large to view, read, and study. This talk will bring this old-new world of Jewish Studies scholarship to the general community in an accessible manner. We will focus both on the contents of the manuscripts (especially when they differ from later printed editions) and the history of these documents, including their preservation in museums and libraries for centuries, along with the move to greater access in the current digital age. To present just one tease: we will look at various manuscripts of the Passover Haggadah – with two, three, four, and even five questions!

Gary Rendsburg serves as the Blanche and Irving Laurie Professor of Jewish History in the Department of Jewish Studies at Rutgers University. His teaching and research focus on ‘all things ancient Israel’ – primarily language and literature, though also history and archaeology. His secondary interests include post-biblical Judaism, the Hebrew manuscript tradition, and Jewish life in the Middle Ages. Prof Rendsburg is the author of seven books and about 160 articles; and he has produced two courses for the ‘Teaching Company – Great Courses’ program, one on ‘The Book of Genesis’ and one on ‘The Dead Sea Scrolls.’ Prof Rendsburg has served as visiting professor or visiting research fellow at the University of Pennsylvania, Colgate University, the University of Oxford, the University of Cambridge, the University of Sydney, and the Hebrew University. His current book project is entitled How the Bible Is Written, to be published by CDL Press in 2016

Free and open to the public. Register:csr@humnet.ucla.edu